South Coast Ecological Reserves in BC

5. Thank you and awards presentation

6. Warden reports: round table report from each warden on their Ecological Reserve(s) (formal or informal) 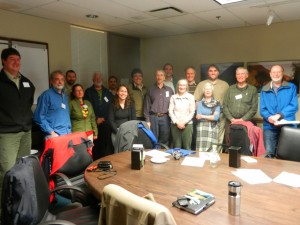 10. Time to talk one on one with Area Supervisors, Parks staff, or other wardens.

The list below represents the ERs included in the South Coast Area.