Sunshine Coast group rallies to save Forest with 1,000 Hearts from loggers

Sunshine Coast group rallies to save Forest with 1,000 Hearts from loggers:  Vancouver Sun 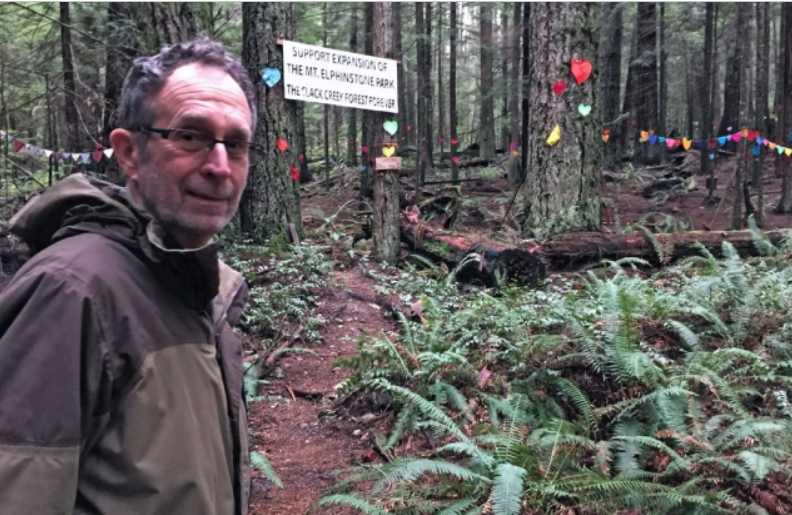 ROBERTS CREEK — Dozens of hikers are scattered through the trails and roomy forest floors that make up more than 2,000 hectares of unprotected land in the Mount Elphinstone park expansion proposal.

A logging outfit from Squamish is expected to arrive any day to begin harvesting Douglas fir and hemlock from a parcel within the proposed addition to the provincial park, the contentious cut block A93884 known locally as the Clack Creek Forest and the Forest with 1,000 Hearts.

In a bid to demonstrate the locals’ resolve to save the 24-hectare forest, Elphinstone Logging Focus has been holding community events here and recently dozens of locals attached 1,200 felt hearts to the towering 150-year-old trees that line wildlife trails dotted with Roosevelt Elk droppings.

The Sunshine Coast Regional District has officially objected to the sale of the cutblock at least four times since it was first referred to them by B.C. Timber Sales, which manages Crown timber harvesting for the province.

“It is within the watershed and we feel there has been a lack of consultation and a lack of land-use planning on the entirety of Mount Elphinstone,” said District chairwoman Lori Pratt. “We still need to work with the Sechelt and Squamish First Nations and we want more time from the government to do that.” 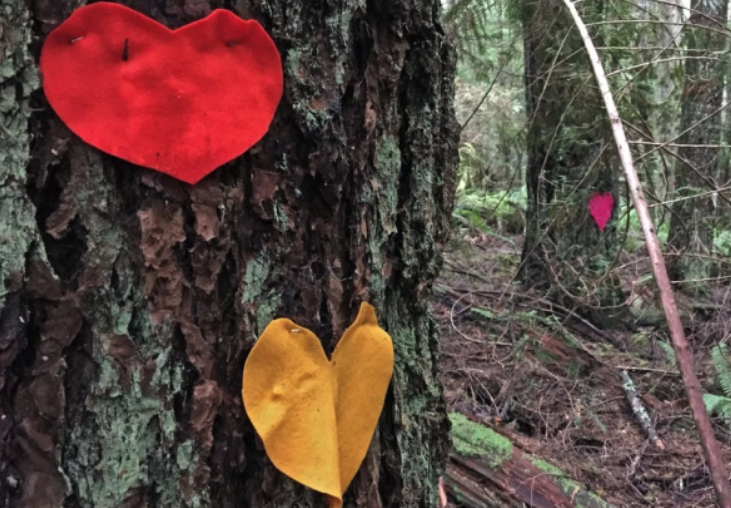 More than 1,200 felt hearts were attached to 150-year-old trees as a demonstration of love for a forest that is heavily used by the community on the Sunshine Coast. RANDY SHORE/PNG

“We understand the economic argument, but these are environmentally sensitive areas,” she said.

A response to the SCRD from Forests Minister Doug Donaldson notes the complexity of the operation, which includes “a variety of wildlife tree retention patches that support riparian area integrity and rare plant community site level representation.”

The minister further notes that “B.C. Timber Sales (BCTS) is voluntarily managing harvest levels at 50 per cent of the allowed rate of harvest for the Mount Elphinstone area, which will further improve the amount of old and mature forest in the area.”

The Clack Creek Forest is a stiff hike up the hill from the Twist and Shout Forest that attracted blockades and protests, including a dozen arrests, three years ago.

“We don’t want to make any threats, but people aren’t going to let this happen,” said Ross Muirhead, founder of ELF. “I had a call from a woman who said she was 88 and ready to be arrested to save the forest.”

A conservation report on the provincial park expansion area contracted by ELF, notes that much of the area was burned by wildfire in the 1860s, which had the serendipitous effect of saving it from logging.

The remaining forest is roughly 150 years old and has the high canopy and open feel of old growth forest, even though it fails to meet the province’s 250-year threshold for old growth designation in coastal forests.

“We have to start thinking about the life of a forest in centuries, not years,” said ELF member Hans Penner. “If we cut it down now it will never come back, but if we leave it, our great grandchildren will live to enjoy it as true old growth.” 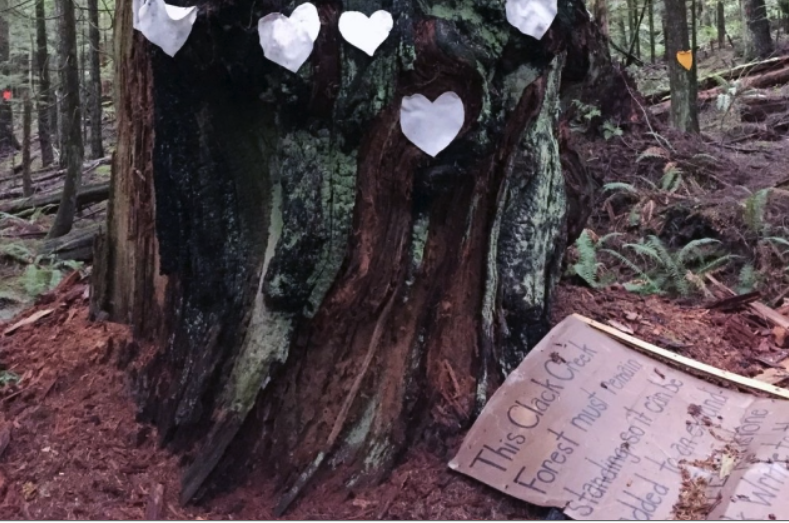 Elphinstone Logging Focus is trying to stop the emerging old growth inside a proposed provincial park expansion from being logged. RANDY SHORE/PNG

Elphinstone Provincial Park currently includes 141 hectares divided into separate three “islands” at opposite ends of the 2,000-hectare proposed park, but the community already treats the working forest as a park.

The Roberts Creek Official Community Plan supports the expansion Mount Elphinstone Provincial Park to 1,500 hectares, noting that the environmentally sensitive slopes of Mount Elphinstone are “a source of pride and focus for residents and are attractive to visitors.”

Calls to Mount Black Logging were not returned.