Probably the most disappointing example of abuse of an Ecological Reserve was that which we observed in October of 2012. ER Warden Don Guild had taken me to Browne Lake to see the Ecological reserve and what we encountered was shocking to say the least . In the trees beside the large open meadow we found a hunting stand. which had been constructed with considerable effort. 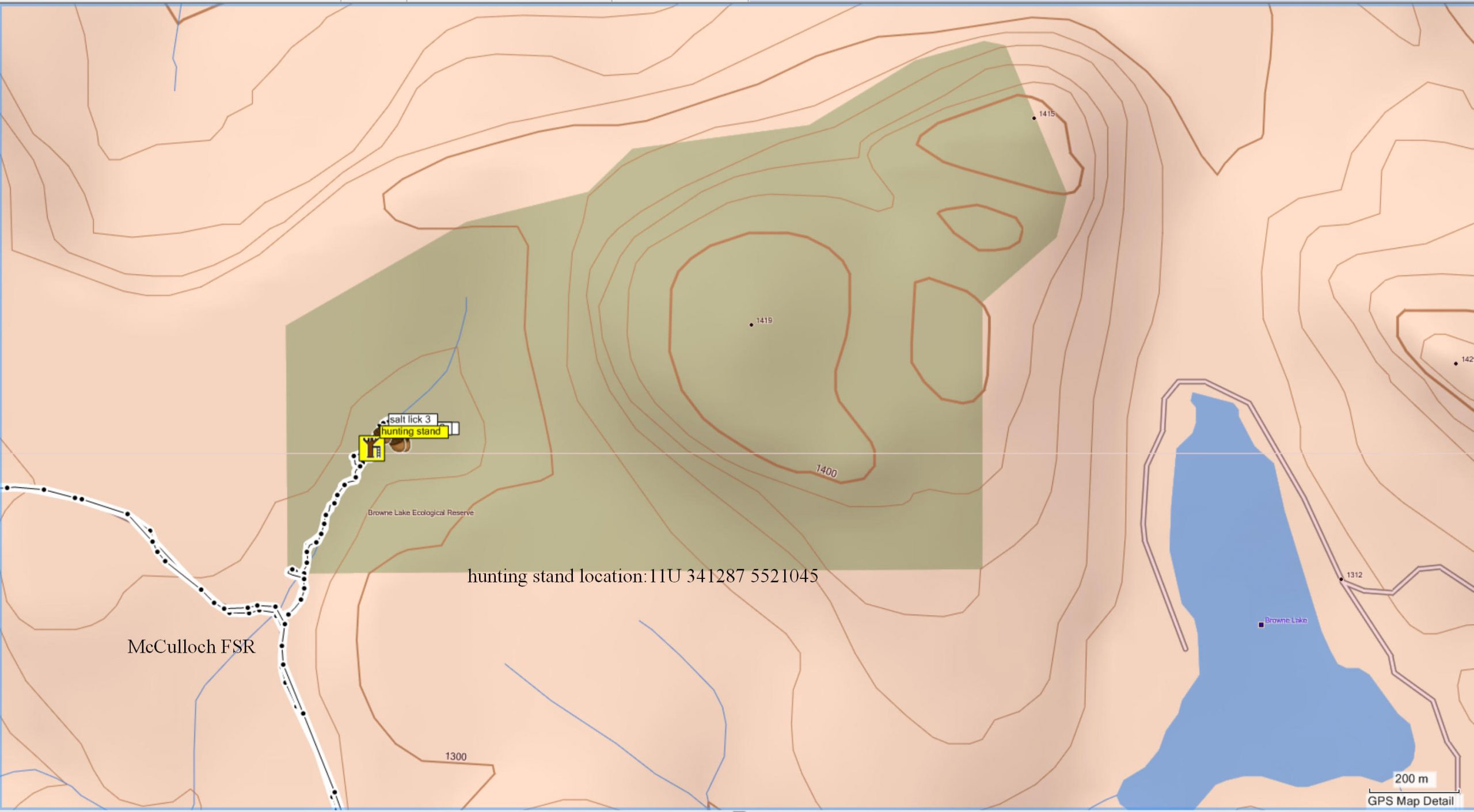 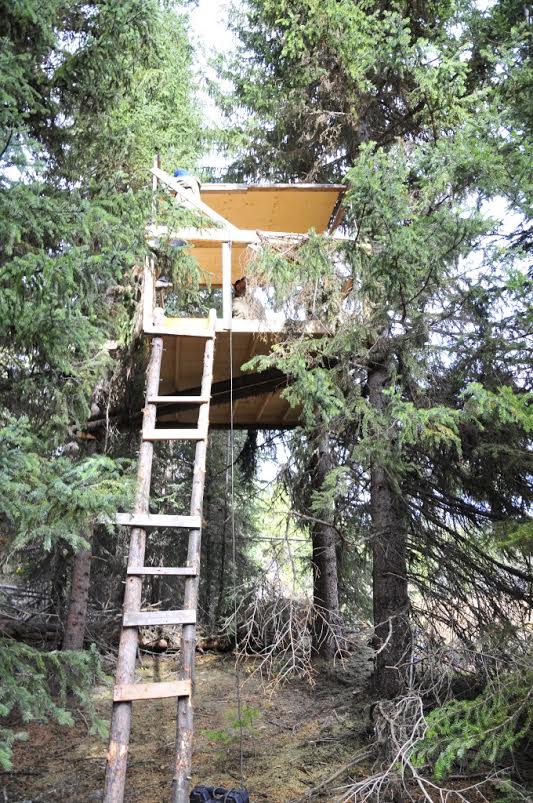 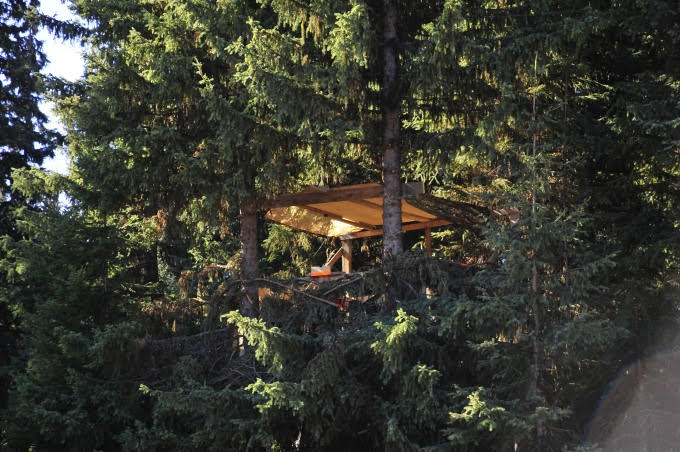 The hunter had thought of all the amenities to prepare for a relaxing shoot.  A Nice canopy roof for all-weather comfort. 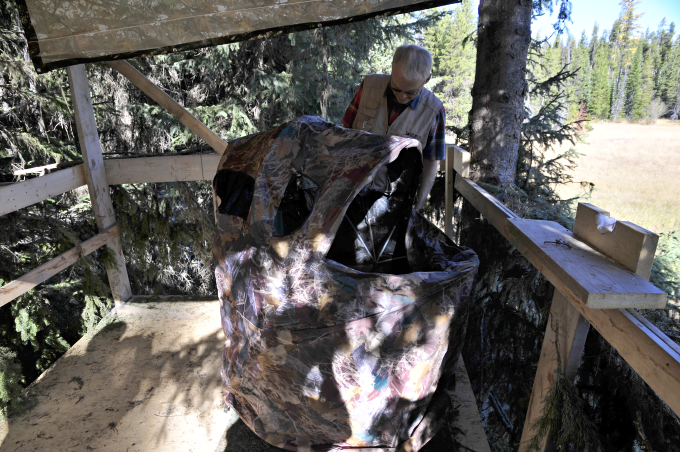 A camo-camping chair positioned for a good relaxing view. 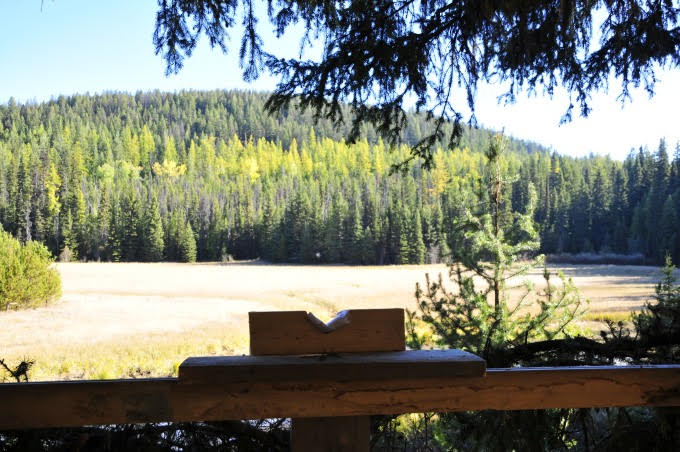 And for the tough hunter who has everything, a gun notch on the railing at the  front. 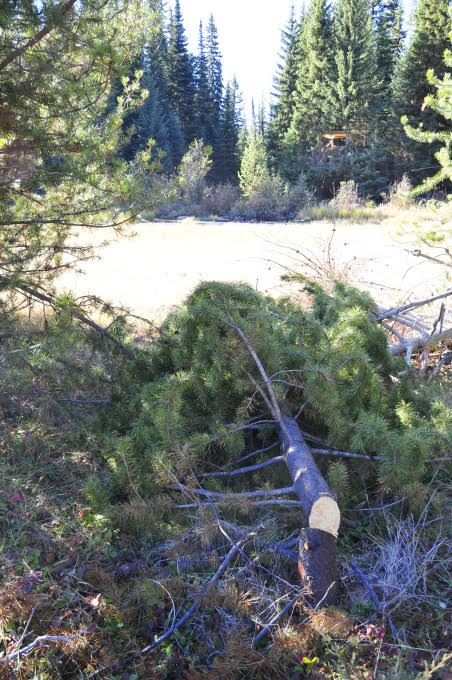 To facilitate the view-scape of the  hunting range, he/she/it had to saw down a troublesome aspen which was hindering the wide view out  front. 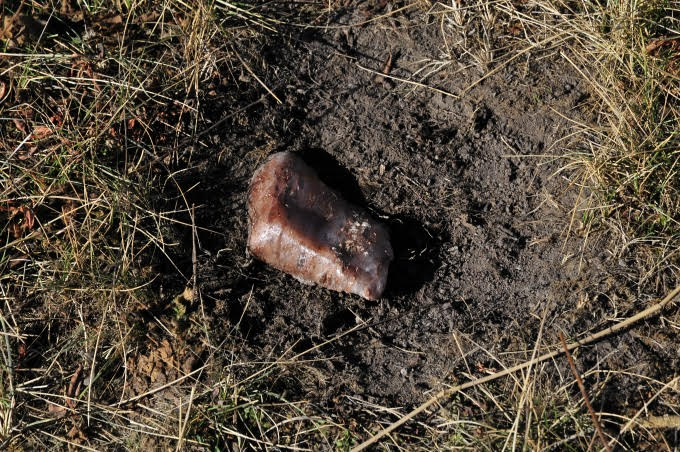 And of course there has to be a special feature to attract the game.. A salt block placed out front on the meadow at the appropriate distance for the firing range. 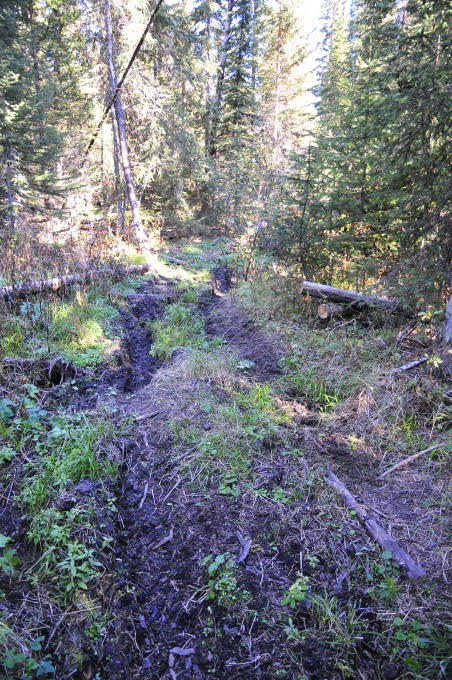 To get all the materials in through the bush to build his little castle, the big strong hunter had to make a four-wheel drive road through the vegetation of the Ecological Reserve. 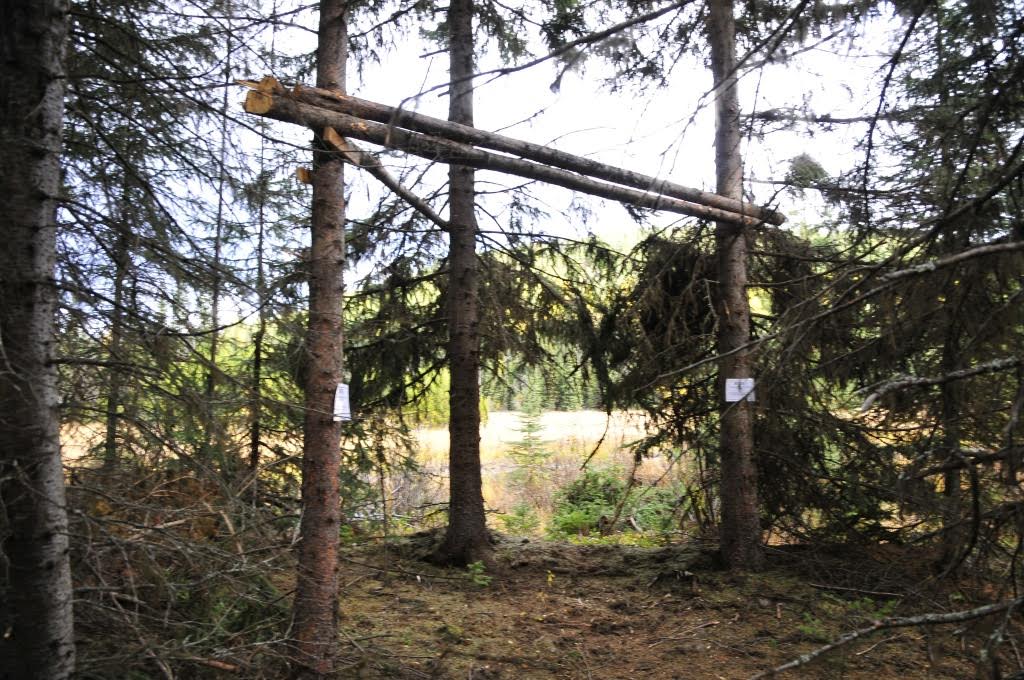 Final poles to be dismantled

After we had discovered this scene, a report was made to the local BC Parks Office and a quick response with BC Parks staff assisting the warden soon removed the structure.

The materials filled a truck  and a nice sign was posted offering the materials back to the owner.. Oddly enough they were never claimed… 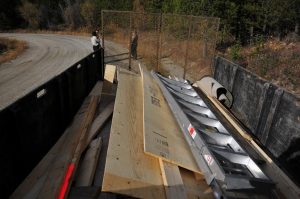 a truck load of construction materials removed from the Ecological reserve 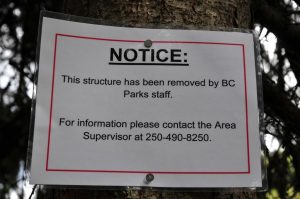 I waited some time  before publishing this in order for the investigation of this illegal activity to take place. There has been no further results in the case.  It serves to point out that there are serious threats to the ecological integrity of some ecological reserves and the reason that it is essential to have ecological reserve wardens on the ground and checking regularly on their reserve.   It is our hope that BC Parks can soon address the serious lack of wardens for many of the ERs in the province.