We have several concerns as a result of our experience as Intervenors in both of the Hearings of the National Energy Board and produced a number of reports as a result of the process.

Our participation in the process can be found on this website in references at this link
https://ecoreserves.bc.ca/category/issues/oil-spill-threat/

We will be looking for answers to several questions that I have indicated here:

In Preparation for the inevitable dluted bitumen from the Trans Mountain Project from the transport rom Burnaby out through the Strait of Juan de Fuca,  the West Coast Marine Resources Corporation  (WCMRC) is the agency in charge of planning for Oil Spills along the route of Tanker traffic.

In one of our first reports, we pointed out the vulnerabilities in terms of sensitive ecosystems and species at risk in 19 of our Ecological reserves with shoreline components:

When researching the plans for oil spill management in our first report in 2015, we found that none of the sensitive ecosystems of our south coast of Vancouver Island had been considered by WCMRC for any form of protection, whereas most marinas and areas where people would be using the shorefront were considered in their protection plans.

When reinvestigating the plans for oil spill protection  that WCMRC has disclosed currently in February 2021, I found that of the 19 Ecological reserves on the water, only Race Rocks and  the two small islands of the Oak bay ER system, Alpha and Griffin Island have designated plans. (GRS) 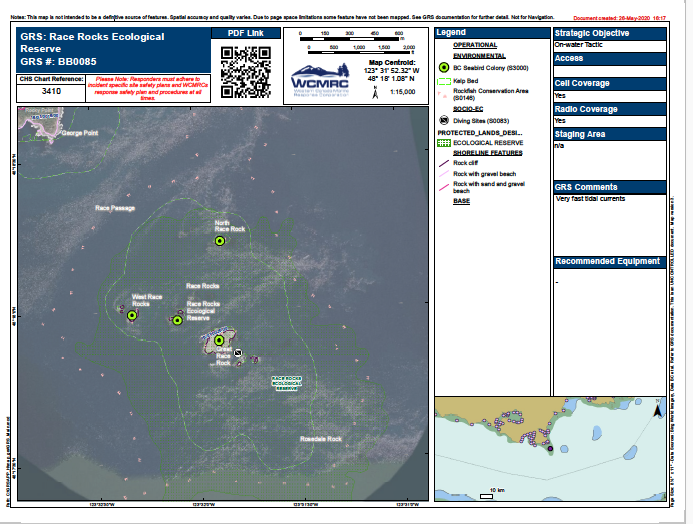 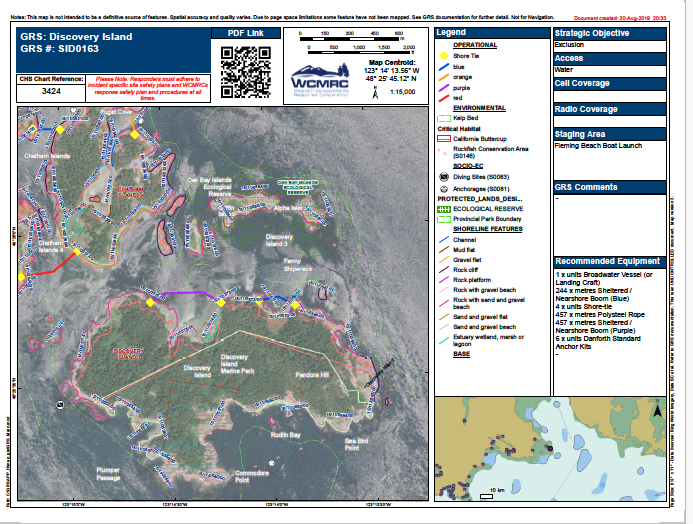 Weather will certainly have an effect on the deployment of any methods of oil spill containment and clean up. In the reports done by consultants for the Trans Mountain Pipeline Project, wind data was taken from the Western Entrance of the Strait of Juan de Fuca. The company cannot deploy its resources in wind speeds over 28 knots. We pointed out that the records of Environment Canada for Wind speeds at Race Rocks and Trial Island were far in excess of the estimates they had used, and that most of the time regardless of season, management would be impossible with wind speeds over 28 knots. The following graphs show the hourly recording of wind speed from Environment Canada’s records from Race Rocks for the first 15 days of February of 2021. Note, the black line shows the 28 km per hour wind speed .. Each differently coloured line represents a different days records. The obvious question here is — How can we expect that any level of clean up in the Strait of Juan de Fuca can be expected when  conditions like this exist? 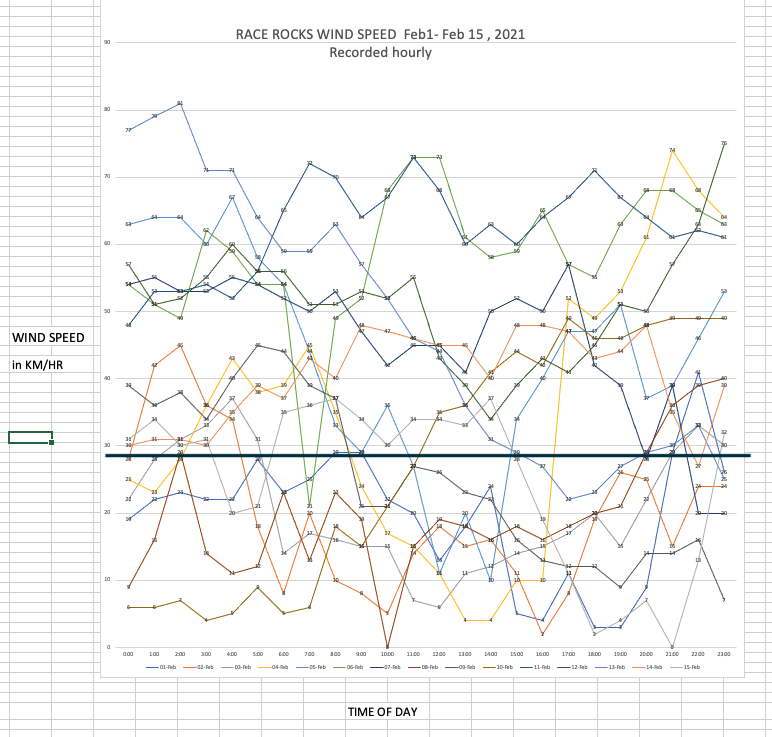 So at all the times of the days above the black line of 28 km /hr line cleanup would not have been be possible ! below ids the data table for this graph: 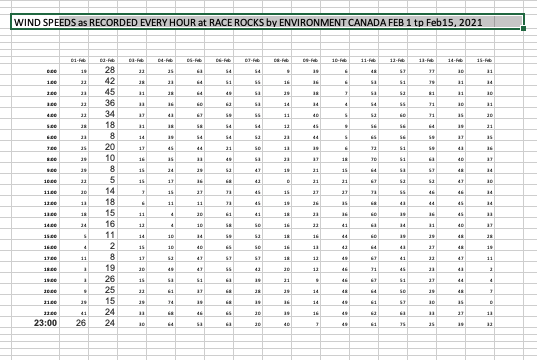