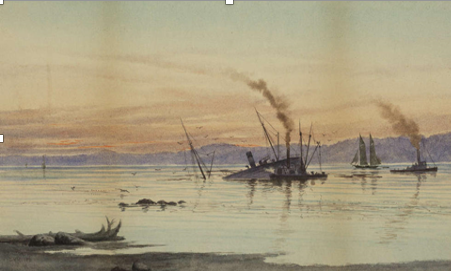 The 1891 Wreck of the S.S. San Pedro on Brotchie Ledge, a watercolour by Samuel McClure

Starting in the mid-1800s, square-rigged ships and coal-fired steamers took on locally knowledgeable pilots at Brotchie Ledge, a pilot boarding area a few kilometers offshore from the Ogden Point breakwater in Victoria. The image of the sinking of the San Pedro on Brotchie Ledge was captured in this 1892 watercolor by Samuel McClure (Image PDP00162 courtesy of the Royal BC Museum and Archives).

Historically, the nearshore Brotchie Ledge pilot exchange location made sense as pilot boats were small and were rowed out to ships, navigation was less sophisticated and pilots were at great risk in poor weather. That is no longer the case today. Powerful, sea-worthy pilot boats ferry pilots to this same nearshore exchange point located between two and four km offshore. Now, this nearshore pilot exchange location poses a higher risk than an exchange located further offshore. In the event of a marine incident such as an engine failure, ship collision, fire or oil spill, there is a shorter window of opportunity for the Coast Guard and others to come to the aid of a vessel in distress from the current nearshore location at Brotchie Ledge.

The map below shows a proposed alternate offshore exchange location south of Constance Bank, nine to 15 km away from the Victoria waterfront. This realignment in shipping lanes would provide a more direct route, which would reduce fuel consumption and transit time for bulk carriers, tankers and container ships. There would also be two fewer course changes rather than the four nearshore course changes now required to deliver pilots at the Brotchie Ledge exchange location. 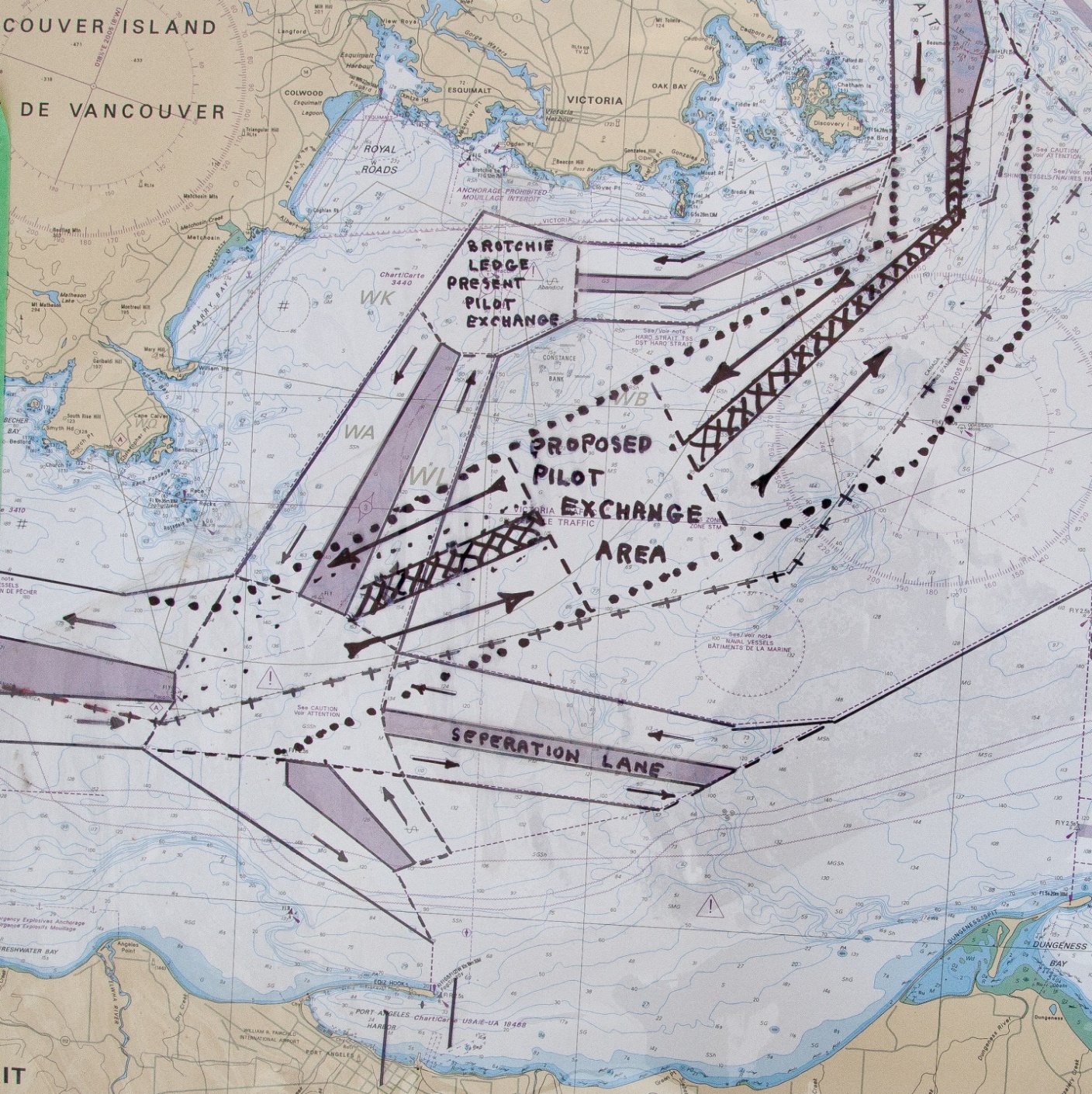