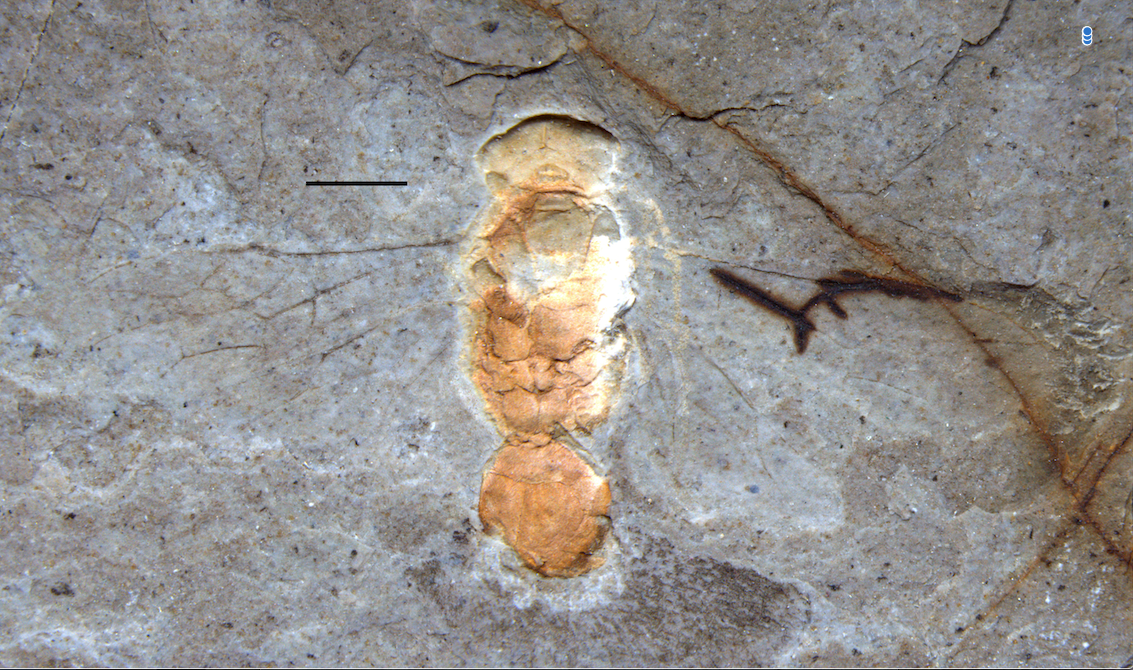 1. A rare fossil of a 50 million-year-old wasp of the family Trigonalidae. This small group of parasitoids have complex life histories consuming sequential hosts. First, a caterpillar eats their tiny eggs on leaves. They then enter, live within, and feed upon other parasitoids that are themselves inside and consuming the caterpillar. Some change hosts again to feed upon a predatory wasp that has eaten the caterpillar and its parasitoids. This is the oldest known occurrence of the family. The scale bar is 2 millimeters. 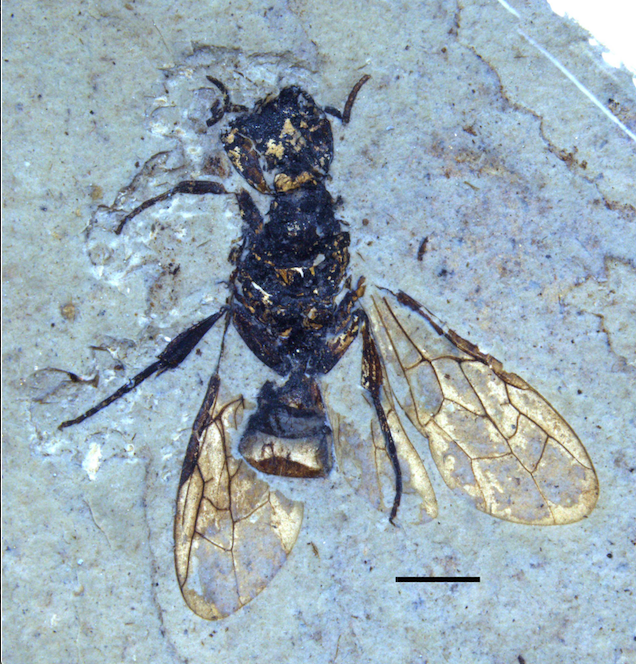 2. This fossil wasp almost certainly belongs to the enigmatic extinct family Angarosphecidae. These were among the most abundant Hymenoptera of the early Cretaceous. Their earliest record is about 140 million years ago, and they thrived up until about 50 million years ago, with their last records here in the fossil beds of British Columbia and northern Washington. These deposits reveal the last records of numerous holdovers from the Mesozoic and the earliest records of the diversification of other groups that are important in modern ecosystems. The scale bar is 2 millimeters.