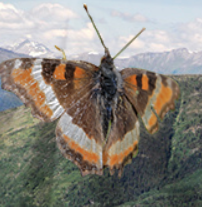 This is an introduction to the home page by Ron Long: http://www.pinkmountain.ca/

In the far north of British Columbia and on the easternmost edge of the Rocky Mountains lies Pink Mountain.

Its unique combination of altitude, latitude and geology makes Pink Mountain one of a kind in the province and a very special place. The summit of Pink Mountain is Arctic/Alpine tundra – one of the harshest habitats on Earth.

The biodiversity on Pink Mountain is astonishing but it is the community of rare and rarely seen plants that truly sets it apart.

There is a greater number of Red listed (in immediate danger of extinction in BC) and Blue Listed (severely threatened in BC) plants on Pink Mountain than any other location of its size north of Vancouver.

In addition there are dozens of Arctic/Alpine plant species that are rarely seen because of their remote habitat. Also, there are plants on Pink Mountain that are not normally found on tundra and shouldn’t be there.

One of the best/worst features of Pink Mountain is the road access to the summit. This makes an enormous Arctic/Alpine laboratory available to researchers. It is also a prime contributor to several of the current threats to this rich eco-system.

There are many unanswered questions about Pink Mountain. No ecological survey has been done and much research is needed. What is already apparent is that Pink Mountain is a very special place.

Now, it appears that runaway resource development is about to totally destroy this unique-in-the-province site.