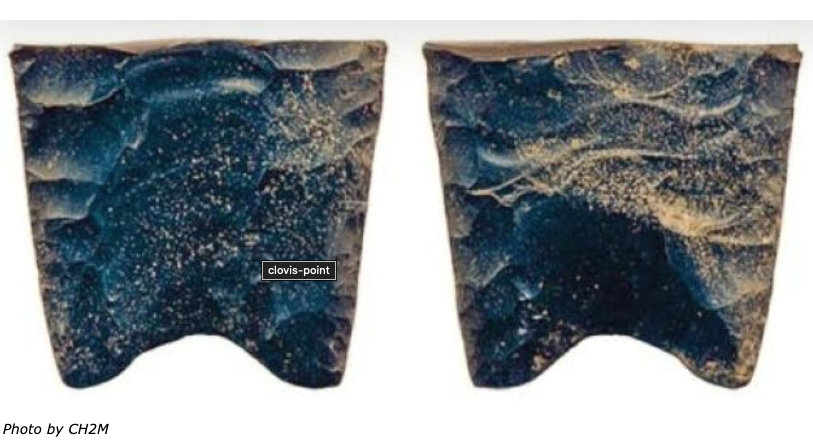 It was Steve Kasstan and his team who discovered a Clovis point — a rare, distinctive spearhead linked to the Clovis culture, who were among the first to settle the Americas – near Pink Mountain, on Treaty 8 land.

“This point is the oldest in British Columbia in terms of its style. It’s fairly thin, it has a really narrow base, it’s exquisitely made … when we found it, we knew immediately what we had,” Kasstan told Robert Doane, host of CBC Daybreak North.

The area in which it was found is to the east of the Rocky Mountains has been dubbed the ‘Ice-Free Corridor.’ This is because humans used the area for habitation and migration when two ice sheets melted the ice age ended.

The 13,000 year old site itself is the farthest-north site of its type discovered so far in Canada.

In the interview, Kasstan also says the site yielded some obsidian, which is super sharp and black. He adds that the discovery indicates some indigenous peoples moved from the south to the north of the continent, he said.

“We were able to track down where it came from, and it came from Anahim Peak, which is in the Chilcotin Plateau, and where the site is; that’s over 500 kilometres to the southwest. … which kind of gives us a clue that people are moving north.”

The artifacts can now be found at the North Peace Museum, here in Fort St. John.