Laurie Rockwell sent this report:
I was excited to get back in the reserve for the first time since last November! In 1.20 hours,however, I saw:
•    more snow than I can ever recall in March;usually the reserves primarily south facing slopes are void of snow,except for small patches. Yesterday 2/3 of the reserve was covered in snow up to 25cm. and the ground was in a quick thaw,so slopes were mushy,muddy and slippery. The 14c temperature and sunshine,however, made it a pleasant outing.
•    I saw/heard 6 species of birds;the only migrant was a pair of Western Bluebirds twittering romantically.
•    7 plants were in leaf including toadflax and knapweed; no anticipated Sagebrush Buttercups.
•    I saw a few deer and coyote tracks, but no animals.
•    There is no new grass to attract deer until the snow goes.
•    there was no sign of human activity. 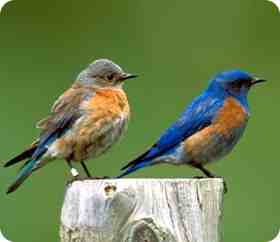