The images were extracted from Google Earth. These three islands make up the reserve, they lie right in the pathway of the proposed Northern Gateway tanker traffic.

The significance of these Islands is ststed in the  International Bird Area website:

“Seven species of seabirds breed in significant numbers on Moore and Byers Island. Of the 12 total islands that support seabirds in the site, the majority of the birds breed on seven islands. Surveys conducted in 1988 reported 30,040 pairs of Fork-tailed Storm-Petrels and 20,505 pairs of Leachs Storm-Petrels. These numbers represent 1% of the global Fork-tailed Storm-Petrel population and about 4% of the eastern Pacific Leachs Storm-Petrel population that is found in Canada. The surveys also recorded a total of 79 pairs of American Black Oystercatchers breeding on all 12 islands within the site. This represents 1.5% of the worlds population.Three species of alcids nest on the islands in significant numbers. The most abundant of these is the Rhinoceros Auklet, with 91,640 pairs surveyed in 1988 (7% of the total world population). Counts of 22,730 Cassins Auklet pairs were recorded in the same year. The last alcid, Pigeon Guillemot, breeds in nationally significant numbers. In 1988, 604 birds or approximately 6% of the Canadian population were surveyed. Finally, 889 pairs of Glaucous-winged Gull breed here – this is over 3% of the national population. 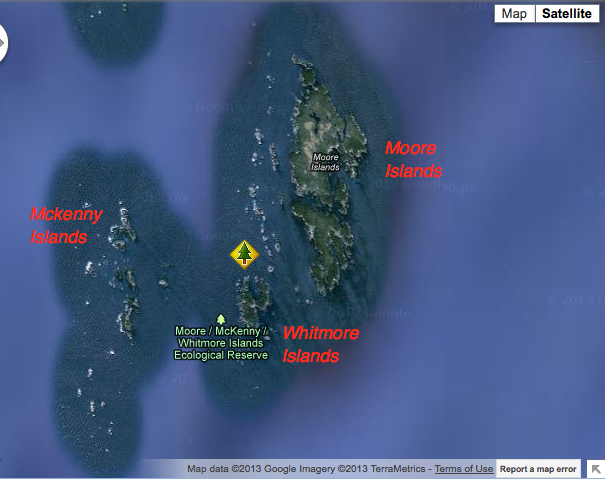 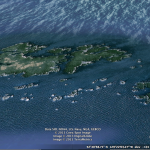 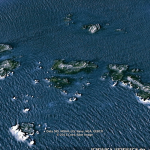 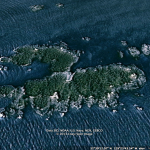