The Dewdney and Glide Islands ecological reserve is one of the most vulnerable to the threat of oil spills from the proposed tanker route of the Northern gateway pipeline proposal.
The Overview for the ER states the following:
Many bog ponds, sloughs, and small lakes are scattered over Dewdney Island in flat areas and depressions, however, drainage patterns are poorly organized and permanent streamcourses few and small. The maritime climate is characterized by frequent cloud cover, mist and fog, and by minimal seasonal variations in temperature. Noteworthy nesting species are the Canada goose, sandhill crane and Lincoln’s sparrow. Only a few nesting sites of the sandhill crane are known in British Columbia. Other birds noted in the reserve include the common and red-throated loon, red-breasted merganser, great blue heron, blue grouse, band-tailed pigeon, bald eagle, Cooper’s hawk, goshawk, sanderling, dunlin, raven, winter wren, hermit thrush, American robin and junco. A colony of the burrow-nesting Cassin’s auklet is present on Glide Islands.

This image from Google Earth 3D shows the islands and the gallery shows closeups of various sections. 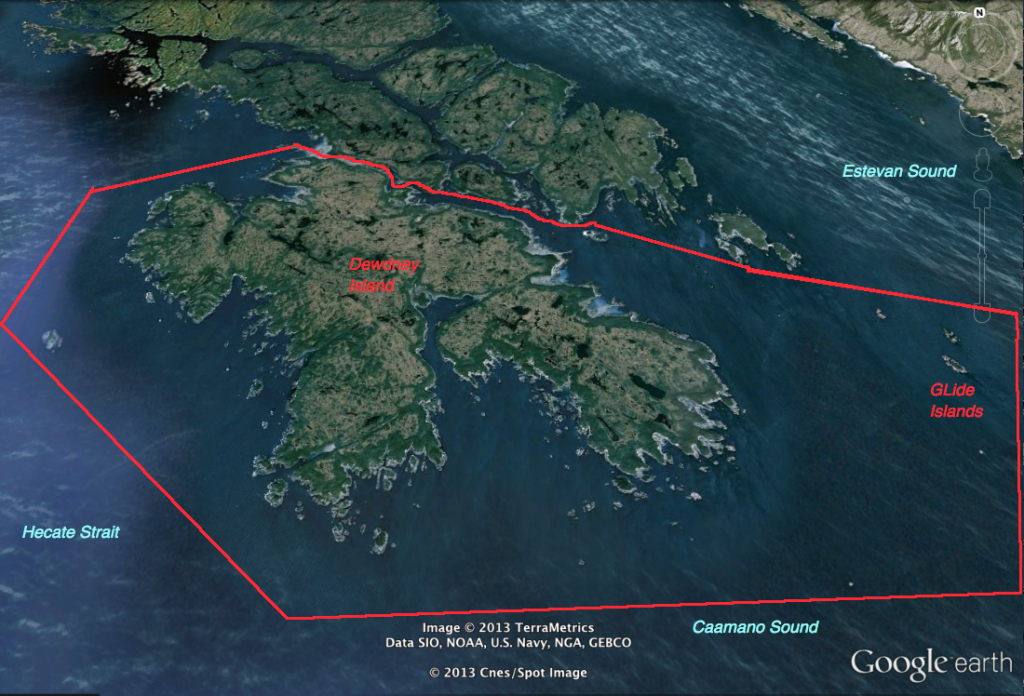 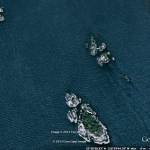 The small ( 10 hectares) Glide Islands; the most exposed tanker traffic within a kilometre. 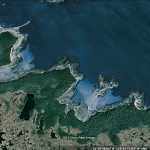 shallow bays on the northeast side 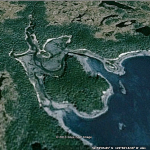 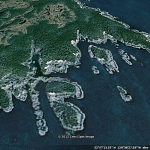 Inlets on the southwest corner 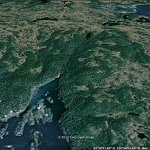 Inlet on the west side. 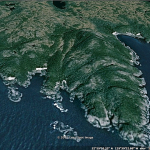 The highest hill on the islands at over 100 metres. 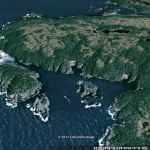 Inlet on the north west corner 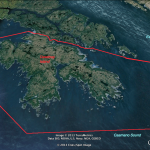 The approximate boundaries of the Ecological reserve.