From Google Earth, the fiollowing images have been adapted in order to portray the individuality of these islands.  See the reports section to find out som e of the special ecological conditions on the islands. 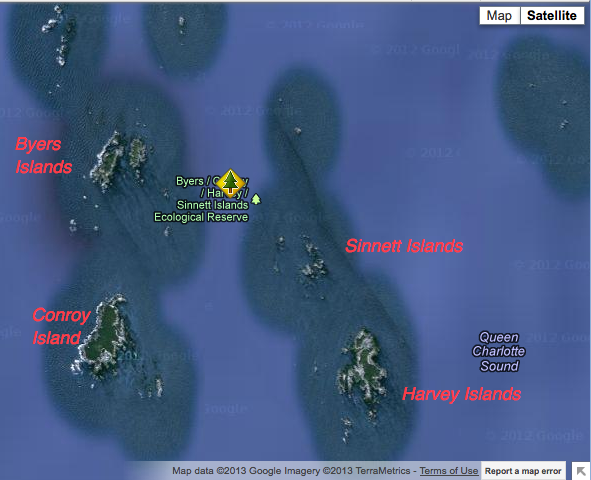 The four groups o islands that make uo the reserve. Individual images of these islands are shown below 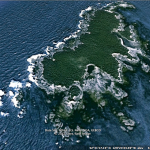 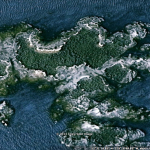 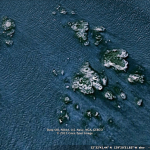 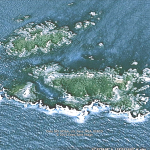 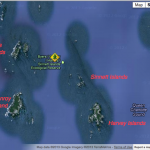 The four groups of islands making up the reserve.

The largest islands support forest cover dominated by Sitka spruce. This covers most of the land area. Small areas of herbaceous meadow, in which cow-parsnip is conspicuous, and windswept grassy headlands are present. The combination of tidal channels, protected bays, sandy beaches and rocky intertidal areas provides varied habitat for extensive kelp beds and associated invertebrates.

The following numbers are from the first version of the Ecological Reserve Guide published in 1993. Eight species of seabirds nest on these islands. An estimated 2000 pairs of Leach’s and fork-tailed storm-petrels nest on the forest floor at scattered locations where substrates are suitable for burrowing. In excess of 7000 pairs of Cassin’s auklets and 1500 of rhinoceros auklets, as well as burrow-nesters, utilize open forest and grassy slopes near shoreline. A colony of 50 pairs of tufted puffins, the only significant breeding site along the Mainland Coast, is present on grassy slopes at Byers Island. A population of about 250 pairs of glaucous-winged gulls nest on exposed headlands, while an estimated 50 pairs of black oystercatchers utilize rocky headlands and some beaches as nest sites. At least two pairs of peregrine falcons nest in trees here, the only recent occurrence of such nesting known in North America. Their usual nest sites, steep cliffs, are lacking but food in the form of seabirds is abundant, therefore the falcons have resorted to using old bald eagle nests.