There are marine areas of Canada’s oceans that are globally and nationally important to the survival of many species of seabirds. The federal government has enacted legislation to conserve and protect these marine areas. The Canada Wildlife Act allows important marine wildlife habitats, particularly for migratory birds and endangered species, to be set aside as National Wildlife Areas for the purposes of wildlife conservation, research and interpretation.
Why establish a National Wildlife Area around the Scott Islands? 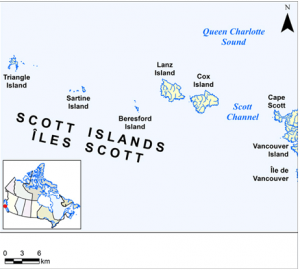 See the full file in the following link: