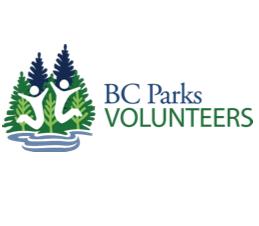 The BC Parks Volunteer Logo

In September , 2012. Minister Terry Lake issued an announcement of the BC Parks Volunteer Strategy. In it he stressed:

” There is a clear and pressing need for improved coordination and communication about volunteering in BC Parks. Throughout 2011, volunteers and community partners contributed significantly to the success of the BC Parks 100th Anniversary celebrations. This strategy aims to build on the momentum of this success. Improving the volunteer experience will ensure BC Parks is able to recruit and retain the talented and committed volunteers it needs now and in the future.”
The nine page PDF of the full report is found here: BCParks-Volunteer-Strategy
Three phases are included in the report:

—and their conclusion of the announcement:

“BC Parks believes that this Volunteer Strategy is a realistic, sustainable approach to renewing a formal provincial volunteer program and that it reflects the feedback from the community workshops. This strategy will allow BC Parks to harness the energy, passion and enthusiasm of volunteers now and in the future. The three-phased approach will create short-term successes and improvements, and will also set the course for a robust program over the long-term. BC Parks is currently developing an implementation plan to deliver efficiently on the various components in a timely manner. Our approach to developing this strategy has been through public engagement and its true measure of success will be to see the volunteers engaged in their activities on the ground across the province.”