On June 10, 2012 This Sea Otter, Enhydra lutris , was photographed off Middle Rocks in the Race Rocks Ecological Reserve from a whale watching vessel by Adam Bird. This is the first recorded sighting of sea otters at the reserve.
Further information is available at: http://racerocks.ca/racerock/taxalab2/2012/Enhydra_lutris/enhydralutris.htm 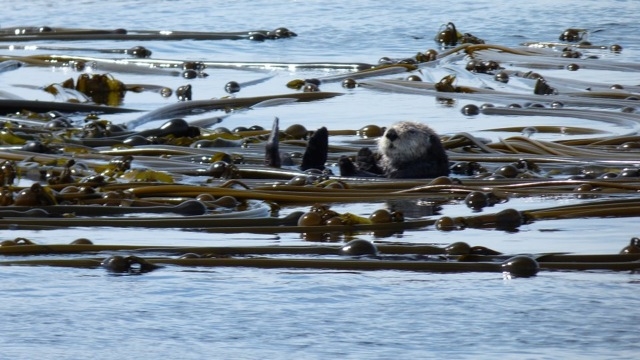 Since this first sighting, every year a sea otter has shown up at race Rocks. Sightings can be found in the Sea otter tag on the Race Rocks website.