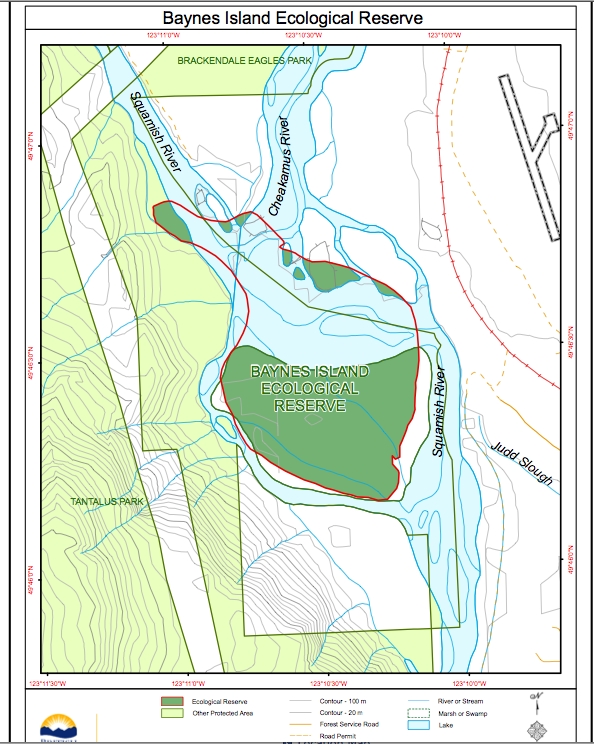 The latest BC Parks Management Plan

Excerpts of the Plan are provided here:

2.0 Values and Roles of the Protected Areas

2.1 Significance in the Protected Areas System

Numerous camps and several villages are found along the banks of the Squamish River, with intensive use of the river for salmon fishing and hunting in the upland forests. Higher elevation forests and mountains were accessed for hunting, especially for Mountain Goats. Numerous Indian Reserves are situated adjacent to the protected areas. The Squamish region contains numerous prehistoric, historic and culturally significant sites.

Several archaeological sites have been identified adjacent to Tantalus Park along the Squamish River. The ‘Squamish West’ Síiyamín ta Skwxwú7mesh cultural site is situated adjacent to the boundary of the park in the vicinity of the Lake Lovely Water access trail. This cultural site was established under the Sea to Sky Land and Resource Management Plan to maintain natural

areas for spiritual and cultural use. First Nations traditional use in higher elevation areas within the park is not well documented and further information is required.

First Nations’ traditional use within Brackendale Eagles Park and Baynes Island Ecological Reserve is not well documented and further information is required. There are no documented archaeological sites within the park or ecological reserve boundaries; however, there are several sites adjacent to the protected areas.

Brackendale Eagles Park and Baynes Island Ecological Reserve are bordered on the east by the Squamish River with several side channels and tributary creeks located within the protected areas. Water is a key resource for the park and ecological reserve. The ecology of the river floodplain and the Bald Eagles is dependent on maintaining high quality freshwater systems.

The shoreline and upland areas of Baynes Island are constantly evolving due to erosion, river channel movement and gravel deposition. It is difficult to predict the long-term effect of these natural changes but the integrity of the ecological reserve may be impacted at some future point.

The most significant wildlife occurring within the protected areas are the overwintering Bald Eagles. From mid-October until late March, large numbers of Bald Eagles congregate along the Squamish and Cheakamus rivers to feed on spawned salmon. In the 1990s, single day counts inventoried over 3,700 eagles in the Squamish and Cheakamus river systems. Annual Bald Eagle counts have shown declines in recent years, with number coming in under 1,000 birds in recent years While the park and ecological reserve protect critical wintering habitat for eagles, they also require significant habitat areas outside the park and ecological reserve to maintain healthy populations.

The protected areas protect the habitat of a number of other species including many associated with the floodplain and riparian areas. Further information can be found in the Background Report for Brackendale Eagles Park.

The park and ecological reserve lie within the Southern Pacific Ranges Ecosection and the Coastal Western Hemlock biogeoclimatic zone. Forests are dominated by Douglas-fir, western redcedar and western hemlock. Floodplain areas adjacent to the Squamish River have a large deciduous component of red alder, black cottonwood, and bigleaf maple, as well as Sitka spruce, which provide the important roosting areas for Bald Eagles.