We are grateful to Kris Benson who has given us  permission to publish his images of Bednesti Lake in the gallery below  from his Flickr site (http://www.flickr.com/photos/doctorkb/125036208/)

The first image shows tamarack trees which are one of the reasons the reserve was created– See from the Purpose Statement of BC Parks below:

Bednesti Lake Ecological Reserve Purpose Statement:
The Bednesti Lake Ecological Reserve is located 45 km west of Prince George, 2.5 km south of Highway 16. The ecological reserve is 139 ha in size, and preserves representative wetland communities and disjunct tamarack stands on the Interior Plateau.
The ecological reserve is situated on a nearly level portion of the Nechako Lowlands Ecosection of the Interior Plateau. Two small bog-like lakes are surrounded by a broad band of treeless wetland vegetation, beyond which are stands of coniferous forest.
Most of the wetland vegetation is made up of floating mats of sedge. Boggy forests dominated by tamarack, black spruce, or a mixture of the two occur in low sites near the sedge wetlands. Typical upland forests contain a mixture of white and black spruce and lodgepole pine. Both tamarack and cordroot sedge occur here as isolated populations well south of their more continuous sub-arctic ranges.
These wetlands provide excellent habitat for a variety of nesting and migrating waterfowl, and other aquatic wildlife such as beaver and muskrat.
An access road passes through the western end of the ecological reserve. Logging has occurred on lands immediately south of the ecological reserve. 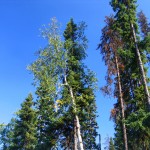 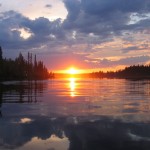 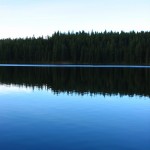 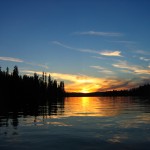 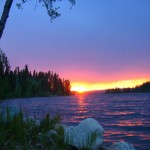 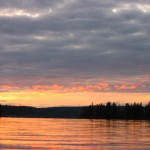