We have been granted permission to include the following images in our gallery of pictures  for Mahoney Lake Ecological reserve.
The first image,  taken in October 2009, is from Marcus Redivos Flickr site,

Note the vegetation around the lake as it would be stratified horizontally according to the tolerance to the various chemical ions in the water, and the annual flood and regression of the pond. 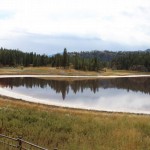 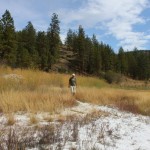 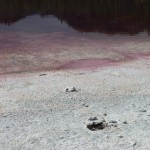 Purple bacteria on shore of Mahoney Lake by Sally Taylor 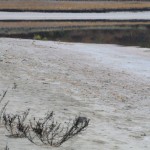