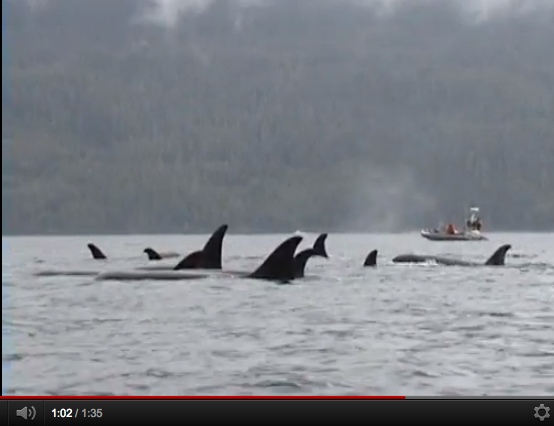 This segment was recorded by Nola Kundu just after the first pass of the A-24s under our kayak, near Hanson Island, Johnston Strait, B.C., in 2010. This is a ‘superpod’ gathering of the A-5s and the A-4s (A-24 matriline), including the relocated orphan orca whale ‘Springer’ – excellent footage of a large contingent of orca whales.