From: THE LOG   FRIENDS OF ECOLOGICAL RESERVES NEWSLETTER AUTUMN 2008

Late this past spring, my husband and I visited our friend on his sailboat. He was the marine host at Princess Margaret Marine Park on the south end of Portland Island. This island is approximately 3.5 km NNW of the Swartz Bay ferry terminal near Sidney, B.C. and is now part of the new Gulf Islands National Park Reserve.

It was a glorious day and as we zipped by Brackman Island, off the southwest tip of Portland

forest and the wildflowers that flourish there as well as the adjacent marine habitat. A unique feature of Brackman Island is that it has never been affected by settlement, logging, or livestock grazing. Over 80 species of plants have been recorded here, and 13 of those are considered rare in B.C.

Island, I wondered how this little jewel was faring now that its protection fell under Parks Canada. 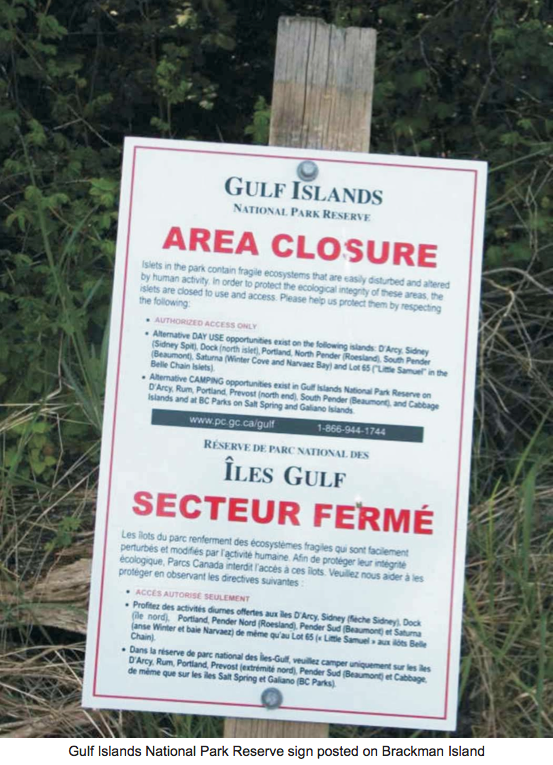 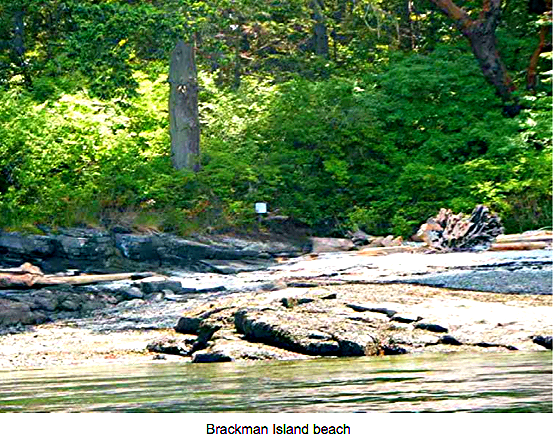 Pockets of old growth forest on the island, contain some trees that are over 250 years old. Broom is the predominant invasive species, and in years gone by, the Friends of Ecological Reserves has hosted a “broom bash” on the island. Nearby Portland Island is a popular destination for boaters and kayakers so the wildflower meadows on Brackman were vulnerable to trampling by visitors to the island.

As we toured around the island in our boat, I was pleased to see that there were signs posted by Parks Canada stating that Brackman Island is a closed area to protect the fragile ecosystems there and giving visitors suggestions of alternate day use and camping areas nearby. Also, in the Park brochure, Brackman Island is listed as having the highest level of protection and designated as “Authorized Access Only.”

As we sailed away, I felt confident that Brackman Island will have reasonable protection with the Gulf Islands National Park Reserve.