One of the problems of the biological integrity of natural ecosystems onseveral of the Gulf Islands is the overpopulation and overgrazing by Feral Goats. These goats arrived in the last century or earlier, brought by ship for provisioning of the local residents. They have escaped captivity many years ago and without any natural predators to control them,  have become adapted to the mild climate of British Columbia’s Gulf Islands and have thrived.

Emanuel Borsboom took  these pictures for his blog in 2008

I took my bike over to Saturna on a beautiful sunny day in February, and headed toward Narvaez Bay. I followed some old cut roads to a ridge, and heard some wild goats in the distance. I followed them for a while, and they must have decided I was benign, because they let me get pretty close to take some pictures. Curor over gives the text, then click on the following to enlarge. 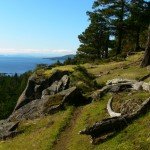 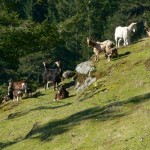 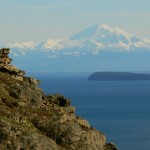 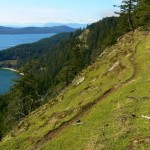 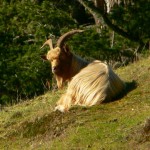 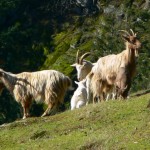