The island is named after Dr. Daniel Charles Solander, a Swedish botanist and pupil of Linnaeus. 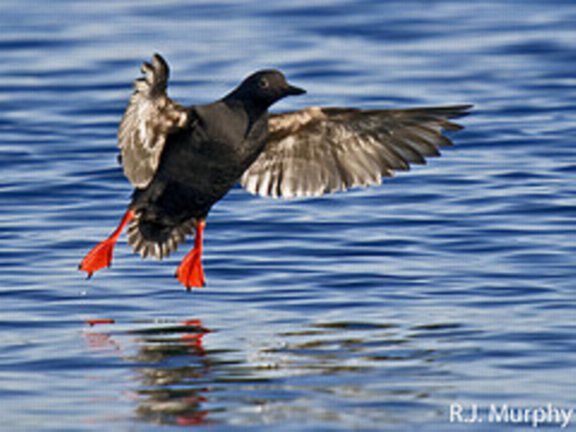 Excerpts from the BC Parks website: PDF Solander Island ER 14

The reserve comprises a small, irregularly shaped, steep-sided island with associated offshore rocks and reefs. The frequently indented shoreline consists of rock rising directly from the water. Beaches of cobble or smaller material are absent. Soil cover sufficient for burrow-nesting birds is present on some upper slopes and the summit.

The low-growing vegetation is adapted for extreme weather conditions. Trees are absent, and photographs indicate that shrub growth is limited. Salmonberry is present, as well as the blue-listed hairy goldfields. The most extensive plant cover is grass, probably tufted hairgrass.
Based on preliminary surveys, burrow-nesting seabirds include the Tufted Puffin (3000 pairs) Leache’s Storm Petrel, (2000 pairs) and Casiin’s Auklet ( 100.000 pairs). Other nesting seabirds are the Pelagic Cormorant (400 pairs), Glaucous-winged Gull (300 pairs) and Pigeon Guillemot (400 pairs). Non- nesting seabirds seen on or near the island include the Horned Puffin, Rhinoceros Auklet, Common Murre, Black-legged Kittiwake, Sooty  shearwater and Brandt’s Cormorant,Bald Eagle’ and Peregrine Falcons have been recorded, but nesting is not confirmed. Winter Wrens and Song Sparrows are present in summer and probably nest here.
Land mammals are absent. Prior to the mid-1960s this island was a year-round haul-out site for 100 to 350 Steller Sea Lions. Since that time it has been used as a winter haul-out only, by up to 70 Steller and 50 California Sea Lions, and according to 2003 Ecological Reserve Management Plan sea otters have also been observed.
The reserve covers areas that may have been used for subsistence hunting, fishing, food gathering, botanical harvesting etc.