Physical: The reserve is located on the flat, eastern half of a peninsula between Omineca Arm and Finlay Reach of Williston Lake. This level land on the floor of the Rocky Mountain Trench, underlain by much material of glacial origin, existed as a terrace above the Finlay River before the flooding of Williston Lake. Most of the reserve is saturated bogland, but its eastern edge rises a few metres above bog level and is well-drained. Adjacent hills, about one km west of the reserve, rise to 1100 m. 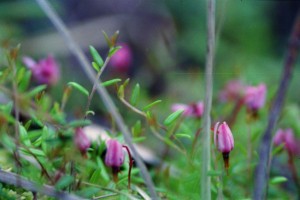 The wet open bogland is characterized by scrub birch, bog cranberry and mosses, including sphagnum. In standing water areas, largely in the finger at the north end of the reserve, a buckbean-marsh cinquefoil-swamp horsetail association is present.

Bog forest surrounding the open bog has well-spaced black spruce of poor growth, a shrub layer dominated by scrub birch, and ground cover of mosses. Small areas of dense black spruce forest with an understory characterized by bunchberry and mosses occur in the northwest and southeast corners of the reserve.

White spruce stands are of the white spruce-Subalpine fir-oak fern-moss or spruce- black huckleberry-moss type. Upland lodgepole pine trees in the eastern part of the reserve exhibit excellent growth and are unusually tall. Some aspens are scattered through these woods, described as the lodgepole pine-bunchberry-red stemmed feather moss community.

The Sub-Boreal Spruce Zone has been projected to contract significantly due to drying and warming in BC’s interior. Boglands, like those protected within this reserve, are also at risk of drying and resulting in changed species assemblages and possible habitat loss.

The fauna has not been surveyed, but a variety of bogland and forest species are expected to occur.