Physical: The reserve comprises mostly southeast-facing and some south-facing slopes of
a low mountain ridge. Bedrocks belong to the Island Intrusions formation and
surficial materials are till and colluvium. Soils are mostly Orthic Humo-ferric
Podzols.

queen’s cup-moss. Douglas-fir occurs rarely on the south-facing slope in community #1. Frequently, under dense tree canopies, all of these communities may have sparse or no shrub, herb and moss layers. The area has been identified as a critical deer winter range. Wolf, cougar and Roosevelt elk were reported from the vicinity prior to extensive logging in the
surrounding area. 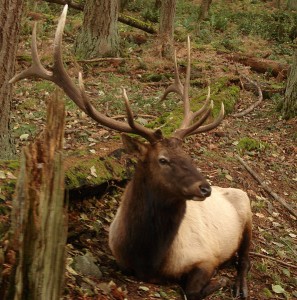