Physical: The reserve straddles a southwest-northeast trending ridge. Most of its area is on the rolling summit of the ridge above 300 m in elevation but steep slopes occur along the northwest and southeast edges. Bedrock is mostly granitic diorite and greenstone of the Bowen Island formation. Rocky outcrops are common. Soils, mostly Podzols, are thin and well drained. South facing slopes are quite dry.

Biological:Except for one swamp and some rock outcrops, the reserve is entirely forested. Forest stands have mostly originated since a fire in about 1920, although a few older stands and veteran trees are present. Although a great diversity of tree species occurs, Douglas-fir forest is 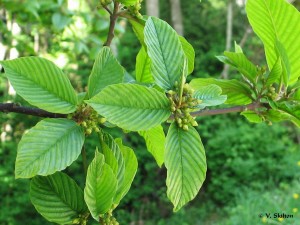 dominant over most of the area. At least seven Douglas-fir associations have been noted. In these, red alder is the most common subdominant tree, and understory species vary with moisture and soil development. The two associations of greatest extent are the Douglas-fir-salal- moss and Douglas-fir-tall Oregon-grape-licorice fern types. Sword fern and three-leaved foamflower are characteristic understory species in some locations, and Wallace’s selaginella and lichens in others. Less extensive areas dominated by lodgepole pine, western hemlock, and western redcedar are present, among which the cedar-Sitka spruce-skunk cabbage-sedge type is noteworthy. Other trees in the area include grand fir, bigleaf maple, arbutus, flowering dogwood, bitter cherry, and cascara.

Geological factors are believed to result in excellent growth of Douglas-fir here in a zone which climatically should favour western hemlock.

Amphibians recorded here are the Northwestern Salamander and Pacific Treefrog. Black-tailed Deer and Douglas’s Squirrel are present, while Deermouse, Townsend’s Vole and shrews are expected to occur, based on their known presence on Bowen Island. Birds have not been inventoried.

Local communities would like to push hiking/biking trails into the reserve, which would be inappropriate activities for an ecological reserve and would disturb plant communities and cause erosion.

Firewood is being collected from around and inside the reserve, removing valuable biomass from the ecosystem.