Posted February 16, 2000 | Categories : 93,Reports,Species List |
ORIGINAL PURPOSE
To preserve habitat for nesting seabirds, mainly petrels, and their habitat
OVERVIEW
Physical:
The reserve comprises a small, oval shaped island near the head of Lepas Bay, about 150 m from shore. Although the island is low, most of its shoreline is steep
and rocky, including vertical cliffs on the southwest side, which is exposed to the open ocean. Beaches are absent. The hilly central part of the island has a thin soil
cover which varies from stony to organic in composition, and is enriched by seabird feces and food remains.
Biological:
The interior of the island supports an open stand of wind swept, stunted, Sitkaspruce, with an understory of moss and false lily-of-thevalley. Grassy slopes,
largely peripheral to the central forest, cover about 60% of the island and support
dense stands of Pacific reed grass, with Siberian miner’s lettuce scattered among the grass, and occasional salmonberry shrubs. Small moist meadows among and at the edge of the forest support northern rice-root, Pacific hemlock-parsley, monkey-flower, and seacoast angelica. Villous cinquefoil and roseroot grow in crevices
between rock exposures. Small stands of dune wildrye occur on poorly developed soil at the south end of the island.
The island is a nesting site for an estimated 3400 pairs of fork-tailed storm-petrels, 4300 pairs of Leach’s storm-petrels, 60 or more pairs of Cassin’s auklet, 50 pairs of pigeon guillemots, and two pairs of black oystercatchers. The island is one of only eight storm petrel nesting sites in British Columbia and may be the largest mixed-species petrel site in the province. These interesting burrow-nesting seabirds lay only one egg. They leave and return to the nest only at night, and feed on the ocean surface far from shore. By day their rather inconspicuous burrows are the only evidence of their presence. The fork-tailed species begins nesting in late May, but Leach’s not until mid June. Young may be in the burrows until late.
See the complete PDF: lepas-overview 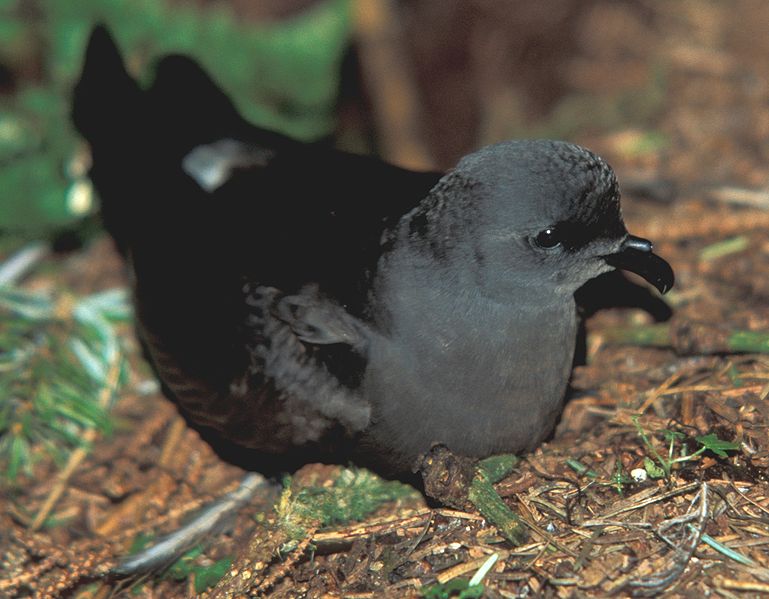 Leach’s Storm-petrel (Oceanodroma leucorhoa) photo courtesy of the US Fish and Wildlife Service.