To maintain stands of alluvial black cottonwoods for purposes of hybridization and stock improvement.

Physical: The reserve
river with a gradient of about six m/km. The northeast-southwest trending valley, located in the Hozameen Ranges of the Cascade Mountains, is bounded by slopes of about 30o which rise to peaks of 2100-2500 m. The valley is relatively straight, the river slightly sinuous within its narrow floodplain. Bedrock is of the Hozameen series, made up of Cretaceous sediments and much volcanic material. Upon retreat of Pleistocene glaciers an accumulation of poorly sorted debris was left behind. This has been resorted by the Skagit River and tributary streams to form the present alluvial valley bottom deposits. Soils have not been described. Talus slopes border part of the reserve on its west side. Climate is transitional between that of the wet coast and dry interior.

Biological: Black cottonwood trees at this site are mostly in mixed stands containing conifers, including western redcedars up to two metres in diameter, and some Douglas-fir, grand fir, and bigleaf maple. Douglas-fir-western redcedar stands occur on the fan of Marmotte Creek, and Douglas-fir is the characteristic tree of the lower mountain slopes. The shrubs red-osier dogwood, hazelnut, thimbleberry and salmonberry are common in the floodplain forest understory, together with sword fern. Other trees recorded in this area are amabilis fir, Engelmann spruce, western white pine and western hemlock.

The fauna has not been surveyed. Rainbow Trout, Dolly Varden Char and Eastern

Access by foot only, along the Skagit River (Whatcom) Trail. This involves a 5.5 km walk from Highway 3 at Sumallo Grove or a similar distance from km 42.5 of the Silver-Skagit (Ross Lake) Road. The trail stays on the east side of the river. This reach of the Skagit River is not suitable for canoeing.

Brook Trout (introduced) are known to occur in the upper Skagit system, and probably are present in the reserve.

Cultural: The historical Whatcom Trail traverses the reserve. It provided Americans a route to gold discoveries in British Columbia during the 1800’s and was also used by First Nations as a trade route. 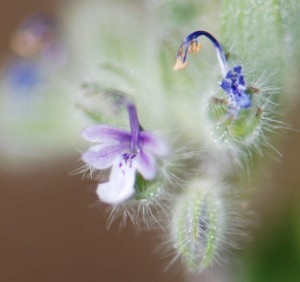