To protect a floristically diverse forest site, transitional between coastal and interior conditions, for forestry research.

Physical: The reserve is located on the west slope of the Cascade Mountains, an area of strongly folded and metamorphosed Palaeozoic and Mesozoic sedimentary and volcanic rocks. Its soils are primarily Humo-Ferric Podzols formed on glacial till. The reserve faces west-northwest and has an average slope of about 25o. The climate is transitional between humid coastal and dry interior regimes.

Biological: Stoyoma Creek Ecological Reserve is entirely forested and supports a considerable diversity of trees and understory plants due to its transitional location. Both coastal and interior species occur, however, the former are most common.

Most of the reserve is in the moist submaritime subzone of the Coastal Western Hemlock Zone. Western hemlock, western redcedar, Douglas-fir and amabilis fir are all well represented; typical shrubs include devil’s club and black huckleberry; common herbaceous species are rosy twistedstalk, star-flowered false Solomon’s-seal, Hooker’s fairybells, queen’s cup, bunchberry and oak fern. Moss cover is well developed. Poor, dry sites in this subzone have a higher proportion of Douglas-fir and lodgepole pine and support shrubs like falsebox, soopolallie, Saskatoon and birch-leaved spirea.

Climate Change:Representation of such diversity may be reduced in this reserve due to changing climatic envelopes and shifting ecosystems as a result of climate change. The Engelmann Spruce-Subalpine Fir zone may be displaced or driven up-slope by expanding Douglas- fir forest systems.

The reserve contains special provenances of several coniferous trees and is a valuable site for cone collection. A plant list is available. 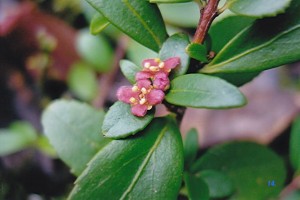