Physical: The reserve is located on a ridge formed by remnants of a major body of inter- and post-glacial outwash. The southern one third has steep, eroding slopes facing the Chilliwack River valley and the remainder slopes gently towards the Fraser Valley to the north. Surface soils are loamy and rich.

Biological: This small reserve contains second-growth red alder-bigleaf maple forest with paper birch and bitter cherry occurring occasionally. In the southern portion a few coniferous trees project above the deciduous tree canopy. Vine maple is present. The orchids occupy a variety of forest and forest-margin habitats in the northern, gently sloping two thirds of the reserve.

The phantom orchid is very likely the rarest orchid in British Columbia and among the rarest of plants in all of Canada. The term phantom is indeed descriptive of this plant which is rare throughout its range, has ghost-like white blooms, and shows inexplicable variations in abundance in any one area. In B.C., this species is known to occur only at a few sites in the Fraser Valley, and on Salt Spring Island. The fleshy roots, bract-like leaves, stems, and blooms, except for a touch of yellow at the centre of each flower, are all waxy white. Within the reserve, records kept by the late Mrs. Katherine Tye show that between 1964 and 1978 the orchid population varied from none (one year) to over 100, with an average of about 35 plants per year.

Cultural: Phantom orchid at this site were discovered by Mrs. Tye in 1964 and watched over carefully by her until her death in 1987. The reserve consists of lands donated by Mrs. Tye and additional land purchased by the Nature Trust of British Columbia. 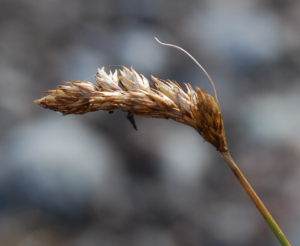