Original Purpose: To establish a research area containing a variety of communities in the Boreal White and Black Spruce Zone.
Physical:: The reserve lies on a plain of low relief in the Liard River drainage. Micro-relief is provided by many glacial features, oriented in an east-west direction, including eskers, drumlins and morainal landforms. These show prominently on air photos. The present surface is largely the product of glacial processes, and post-glacial erosion is seen only in a few meters of down-cutting by small streams. Two lakes and several wetlands are present.

See the full PDF from BC Parks: bludease

Despite having little elevational relief, the reserve displays a variety of habitats. This is attributable to various slope exposures on landforms such as eskers, an array of moisture conditions from lakeshores to gravely drumlins, and the historical occurrence of wildfire. 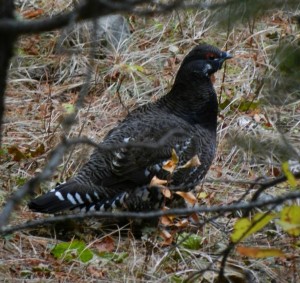 and moss while wetter sites have those species plus some black spruce, scrub birch, and Labrador tea. Lodgepole pine woods occur on well-drained eskers and drumlins. In the driest sites the typical

To establish a research area containing a variety of communities in the Boreal White and Black Spruce Zone.

sites the pine is mixed with white spruce and understory representatives are arctic lupine and mosses.