This article was published in the 2020-21 Autumn/Winter Newsletter (.pdf) 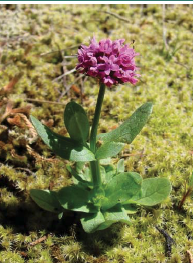 iNaturalist Biodiversity Surveys in BC
Ecological Reserves
By Brian Starzomski, Kate McKeown and John Reynolds.
……………………………………………………….
iNaturalist is the most important development in biodiversity science in at least 100 years. This may sound like hyperbole – that period of time
includes the explosion in popularity of
birding, the advent of bioblitzs, and the
invention of the helicopter–but no tool
has enabled so many location and timestamped
observations of species by so
many people. Simply put, iNaturalist
democratizes the collection of
biodiversity information and engages
everyone in helping to better understand
nature.
iNaturalist puts a tool for observing nature in everyone’s pocket.
iNaturalist is run by the California Academy of Sciences in partnership with the National Geographic Society. So far, over 55 million observations of more than 309,000 species have been submitted from around the world, by
over 1.4 million people. This is a doubling of observations and participants
in the past year. iNaturalist is closing in on 1 million observations in
British Columbia, including more than 13,000 species.
For British Columbia’s most beautiful and remarkable landscapes,
found in protected areas of all types, including ecological reserves,
iNaturalist allows for the development of species inventories in locations
where little work may have been done before. We have joined forces with BC
Parks to photo-document as many species of plants and animals as
possible within our provincial protected areas. Provincial parks staff
want to know how many species are in their parks, including threatened
species, and where they are, and how to manage parks to protect them.
To date ecological reserves are under-represented, and this is where
our teams, and you, come in. Anyone can contribute observations to
iNaturalist and to the BC Parks project.
Observations from ecological reserves will be included automatically in
projects set up with the boundaries of each individual protected area. All you
need to do is visit, take some photos of the species you encounter, and later it’s
just a matter of dragging and dropping your photos into iNaturalist. We’ve set
up iNaturalist “projects” to automatically capture your observations in
every provincial park, conservancy, and ecological reserve in the province.
You can find two examples of Ecological Reserve collection projects at

All observations from BCParks can be found here:
And now, for the first time, we’ve created an umbrella project to collect
all Ecological Reserves observations in one place:
https://inaturalist.ca/projects/bcparks-ecological-reserves”
You can easily drag and drop 100 or more photos into iNaturalist at a time.
Any camera will work: you can digitize and upload your old slide photos, use
the photos from your cell phone, or from your new-fangled digital camera.
If your camera has a GPS, iNat will automatically display your photo where
you took it, and will bring the date and time with it. You don’t have
to type anything other than the name of the species. 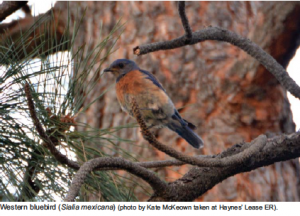 If your camera doesn’t have a GPS, or you are uploading old photos from the film era, you can
place the photo in the appropriate location just by tapping the spot on a map on the iNaturalist website. Every photo you upload to iNat will
automatically be collected by the right park. If you’re unsure what you’ve seen, you can ask iNat’s advanced photo recognition feature
for suggestions. It often gets it right!
This amazing feature in iNaturalist helps us all to learn more about the
many species we encounter. An especially important feature of
iNaturalist is that other people can see your observation and help with
the identification. When someone confirms the identification, the
observation becomes “Research Grade”, which increases confidence
in the quality of the data. This interactive feature of iNaturalist develops
and maintains a passionate community of observers and identifiers.
We have also created an “umbrella project” so that all of the observations
from all of B.C.’s provincial parks are gathered together and displayed along
with various summary statistics. You can see the results so far at https://inaturalist.ca/projects/bcparks. Or go to iNaturalist, select
“Community”, then “Projects”, and then type “BC Parks”. If you’re using
iNaturalist on your phone, go to “More” then “Projects” then “Featured”:
you’ll find that the BC Parks umbrella project is one of the top
featured projects across Canada. At the time of writing, there are
more than 262,000 observations of over 6,750 species of plants, animals,
and fungi in BC parks.Want to see just birds? On the website, click on “Stats”,
hover your mouse over the pale blue “birds” colour on the circle, and click.
Or check out mammals, insects, or fungi.
Citizen science has the potential to revolutionize our understanding of
BC’s biodiversity. As the information accumulates, we will be able to get
minimum estimates of the number of species in provincial parks for the first
time and do statistics to extrapolate to the total number of species that may
be in each protected area. We will also learn about the distributions of rare
and threatened species, and iNaturalist automatically blurs their
locations to protect them. These data all become important for scientists
managing species. In the most recent Committee on the Status of Endangered
Wildlife in Canada (COSEWIC) meeting, iNaturalist was often used to
look for observations of rare and endangered species.
Our teams of iNaturalist surveyors receive valuable training to
become the scientists studying biodiversity in the years to come.
They are also able to experience landscapes that few in B.C. get to
know so intimately. Kate McKeown, one of the student surveyors from
summer 2020, describes a couple of her experiences surveying in two
ecological reserves: “Stepping into Haynes’ Lease Ecological Reserve was unlike
visiting any other ER in the province.” Says Kate. “The hot, arid
landscape was filled with the songs of western bluebirds and lark sparrows,
and the buzz of brown-spotted range grasshoppers. Minding the brittle
prickly-pear, we walked narrow deer trails through the grassland to the
base of the rocky outcrops. Lewis’ mock orange bloomed in the shade of
the outcrops, attracting a western tiger swallowtail to the sweet fragrance.
Further up the bluffs, roundleaf alumroot and fragile fern
emerged from cool crevices. This ER was so unique that the iNaturalist
team returned to it a second time this field season.”
Kate says of Mount Tzuhalem Ecological Reserve:
“Mount Tzuhalem Ecological Reserve was covered in blooming
camas, shortspur seablush, and field chickweed when we arrived. The
multicoloured flowers attracted several propertius duskywings and
ocean spray fairy moths, most of which were too busy to be bothered
by our cameras. Tucked away beneath the old Garry oaks, we saw
chipping sparrows and dark-eyed juncos hopping around patches of
deltoid balsamroot and common woolly sunflower. As we were about
to depart, an olive-sided flycatcher began singing from its perch atop a
Douglas-fir, enabling us to collect one more observation for the Mount
Tzuhalem Ecological Reserve iNaturalist project.”
Ecological reserves are areas set aside to preserve representative and
special natural ecosystems, plant and animal species, features and phenomena.
They are ideal living laboratories for studying biodiversity
in B.C. iNaturalist can play an important role in documenting
species occurrence in these beautiful and biodiverse parts of the province,
and give every ecological reserve visitor the opportunity to contribute
to better understanding species distributions across B.C. While this is
noble in and of itself, iNaturalist is just plain old fun, and gives everyone
the opportunity to learn more and more about the natural world in our
beautiful province!

B r i a n S t a r z o m s k i
(starzom(use the at sign) uvic.ca),
Ian McTaggart Cowan Professor and Director, School of Environmental Studies,
University of Victoria.

K a t e M c K e o w n
(katemckeown3(use the at sign)gmail.com) ,
iNaturalistProject Coordinator Kate finished her undergrad at
UVic in the spring of 2020 and worked as a field assistant for the BC
Parks iNaturalist Project during the summer. Over the last few months, she has been implementing improvements for the iNaturalist Project and preparing for the 2021 field season.

John Reynolds,
Tom Buell B.C. Leadership Chair in Salmon Conservation and Management at
Simon Fraser University. He is also chair of the Committee on the Status
of Endangered Wildlife in Canada (COSEWIC).