BC Nature Resolution 2020-001 on Ecological Reserves Systems of BC

This resolution has been extracted from the BC Nature Annual Report 2019:p45 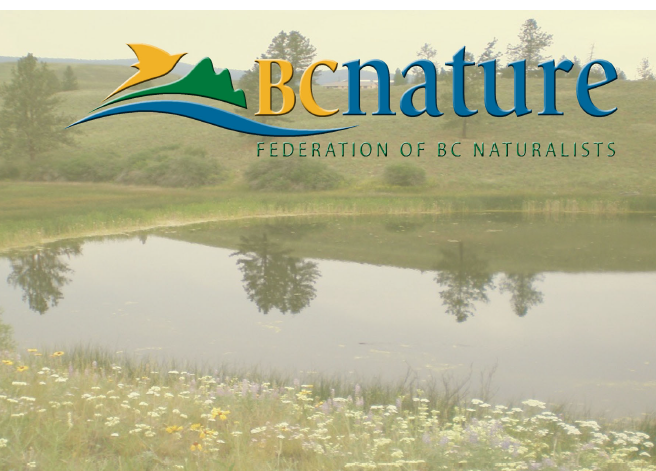 WHEREAS in 1971, the British Columbia Legislature gave unanimous approval to the Ecological Reserve Act, thus becoming the first province in Canada to formalize, acknowledge the benefits of, and give permanent protected status to ecological reserves; and

WHEREAS the Ecological Reserve Act of 1971 enabled the creation of 148 Ecological Reserves across B.C. http://www.env.gov.bc.ca/bcparks/eco_reserve/alphalist.html as part of a Protected Area system specifically to protect representative examples of the ecosystem types in B.C. as well as rare species and special features of biological and geological importance, for scientific study and educational purposes; and

WHEREAS, the BC Government holds primary stewardship responsibility for the B.C. Protected Areas system, including Ecological Reserves, and that all British Columbians currently derive economic, social, cultural, health and environmental benefits from these areas; and

WHEREAS climate change, increased resource activities and expanding human populations place greater pressures and create greater uncertainty on the sustainability of the species and ecosystems in Canada’s most ecologically diverse province. Reducing uncertainty can be aided over time if there is a sustained monitoring and research program in its protected areas, including Ecological Reserves, so that adaptation strategies are informed by scientific understanding of trends and thresholds; and

WHEREAS the concept behind Ecological Reserves when endorsed in the 1970s was that science-based approaches are a fundamental key to understanding how to sustain B.C.’s natural bio and eco-diversity, and so, with today’s awareness of climate change effects on nature, Ecological Reserves remain relevant today, and in fact, are now even more urgently needed; and

WHEREAS most Ecological Reserves were specifically designated as research and monitoring sites, these activities have not been consistently pursued by government or promoted to universities and colleges in the last 40 years, i.e., since the early 1980s; and

WHEREAS there are approved management plans for all Ecological Reserves, there has been little to no implementation by BC Parks of these Ecological Reserve plans since the 1980s, and thus, instead of serving as natural area benchmarks in research and monitoring studies, many Ecological Reserves are suffering environmental degradation from a variety of threats due to lack of maintenance and stewardship actions; and

WHEREAS the current 148 Ecological Reserves do not form an adequate network of study areas to represent the diversity in B.C.’s Ecoregions and Ecological Zones, nor areas that serve as examples of ecosystems that have been modified by human beings, and that new discoveries of significant botanical, zoological and geological features and rare or endangered native plants and animals in their natural habitat are still being made, a clear process is needed to set aside specific areas of land to create a more robust Ecological Reserve network that incorporates newly discovered significant areas and features and helps the Province meet its provincial,

national and international commitments for biodiversity conservation, species at risk protection, and Indigenous stewardship; and

WHEREAS the total area of land set aside for Ecological Reserves in B.C. is 112, 543 ha in terrestrial reserves plus 51,731 ha in marine reserves, and that Ecological Reserves tend to be small, they do not alienate large tracts of land from economic development. However, they protect ecologic, biologic and geologic resources of great environmental value and their placement can be strategic so that they contribute to provincial environmental goals related to biodiversity and heritage conservation, climate change action (mitigation and adaptation), Indigenous stewardship, and evidence-based policy. Thus, the long-term comprehensive benefits of protecting these resources exceeds the short-term economic benefits of resource use that would destroy these resources.

Be it resolved that BC Nature urges the BC Government put in place a clear process to add new Ecological Reserves to the system with a schedule for management plan completion and implementation established where gaps exist in ecosystem representation or significant biological (botanical, zoological, genetic) or geological features, and

Be it further resolved that BC Nature urges the BC Government to establish a target of setting aside one percent of Crown lands as Ecological Reserves to represent and protect fragile ecosystems, culturally modified ecosystems and features, rare and endangered species, and significant biological and geological features, in this period of rapid climate change, and

Be it further resolved that BC Nature urges BC Parks to commit to maintaining the current system of Ecological Reserves by completing and implementing approved Ecological Reserve management plans in a timely fashion, and

Be it further resolved that BC Nature urges the BC government to facilitate research in Ecological Reserves by forming partnerships with universities, colleges, research institutions, ENGOs, and Indigenous peoples to get research projects, TEK studies, and baseline biodiversity inventories completed, periodically updated, communicated and used to inform land uses, management practices and climate change adaptation strategies across the broader landscape, and