Reference to be cited: 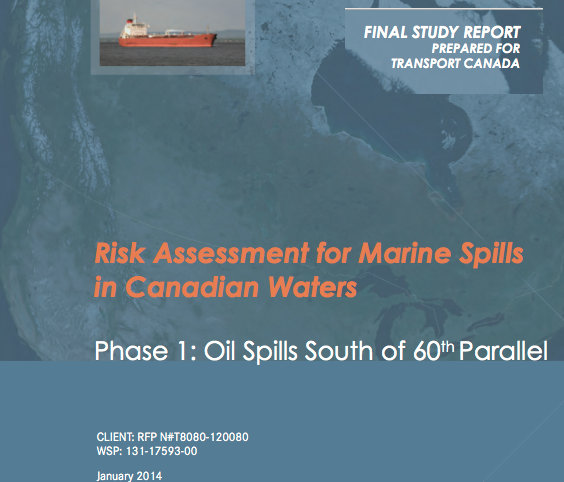 Selected portions of this report referring to the Pacific Coast Sector are included here.

his study estimates the risk of pollution from marine oil spills in Canadian waters south of the 60th parallel. The need to conduct this risk assessment was identified by Transport Canada, following the 2010 recommendations of the Commissioner of the Environment and Sustainable Development (CESD). The Minister of Transport, in naming the Tanker Safety Expert Panel, also requested that the risk assessment be used to inform its review of Canada’s preparedness and response arrangements for ship-source spills. The objective of this pan-Canadian study is to provide an overall risk estimate, using a formal process that could be applied and further refined in future assessments. The approach developed in the study involved the following key elements: