Steve Shultz, the new volunteer warden for Chilliwack River ER #98 sent this report to BC Parks.

Purpose: As this is my first year as the warden for this reserve, I wanted to do a “baseline” condition report for this reserve. I figured that this early in the year, traffic will have been limited for the previous 7 months, and this will allow me to properly gauge the human use of this area. I also wanted to get familiar with the area and the approaches to the reserve.

Approach: The Reserve was approached along the Chilliwack Lake forestry road along the east side of Chilliwack Lake. Extensive car traffic was along the road, all the way to the Forestry Gate at 10km, which was locked. Once past the gate, there was no indication of vehicular traffic. There was active path maintenance along the pathway up to the beach site, approximately 2 km past gate. The south end of the lake had people on the beach, both those who had hiked in and boated in.

Condition of the Reserve: As I approached the reserve, I noticed the sign at the beginning of trail. It was in good condition, with no vandalism. The trail immediately beyond sign was wet and mucky, showing limited but current, foot traffic. Once on the trail and past the first “bridge” the trail was better. There has been recent flagging using “search and rescue” labeled tape. There were a number of new routes around recent blow downs, which were muddy and slick -not recommended as a new permanent trail. 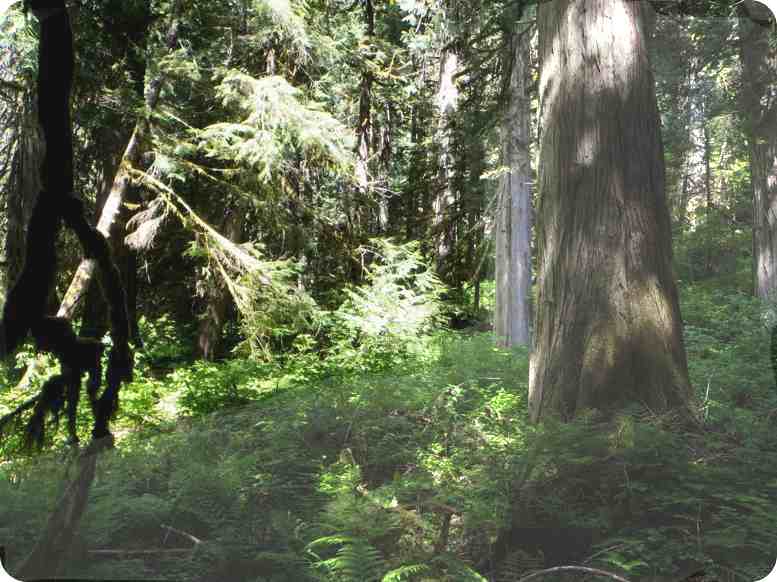 Looking east up the slope at the old stand of Western Red Cedars and Western Hemlock.

The first open pad area, where there is another ecological reserve sign 20’ up a tree, looked like it has not been used in the recent past for camping. I believe that this is probably the actual northern border of the ecological reserve. I only traveled another 15 minutes past this point as the trail was muddy and getting overgrown. There was no litter with in the reserve other than fallen flagging tape. An interesting observation was water filled pot holes (some 2m x 2m big, 1 m deep) in the forest which had small fish in them. These holes were over 10 m away from the marsh proper. There was no observable way for the fish to enter these holes, other than maybe at higher water levels or underground stream through the duff.

Humming Bird (Species not known –too far away to observe)

Numerous butterflies and moths ***Note: I did not observe any large mammal tracks (other than human) in any of  the “mud traps” along and beside the trail. No scat or droppings either. 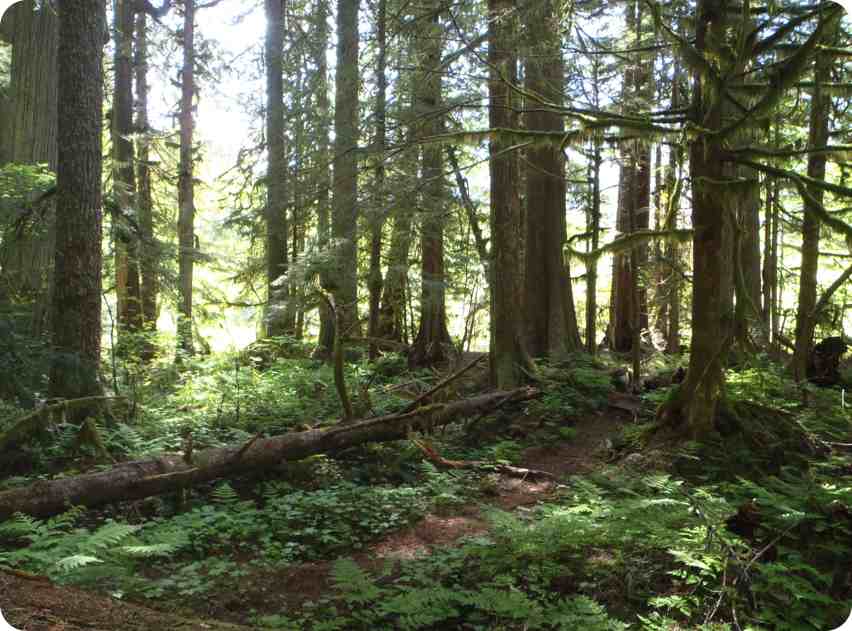 Other observations: There were at least 5 different groups of people on the beach/pathway when I was in the area on Sunday, which is significant traffic considering the location. At the end of the pathway at the perimeter of the reserve is a point that looks out to the west and south, into the reserve. The point is above the bank of the river, and has been cut away by recent high water, leaving at least a 1m drop at the end. With minimal brush clearing, and a rustic fence keeping people away from the edge, it may be a good place for an observation and education point for the reserve. 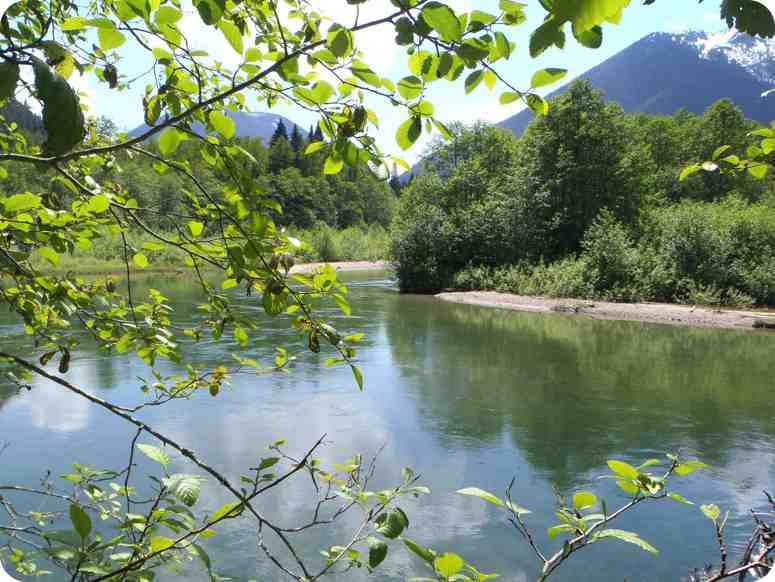 **As the path leads right up to this bank, this may be a safety issue for the park. A rustic fence could be erected at the pathway into the reserve, somewhat preventing people from going into the reserve with a sign directing them to the observation spot.

Summary Overall, the Reserve was very clean and showed minimal human activity. There are a few secondary trails at the beginning that have some flags, which lead to no where, or the trails are now impassable due to debris and dead falls. I could start to remove those flags leading to this area to prevent further trail construction in this area. With the increase traffic in the Chilliwack River Valley, the development of the Post Creek parking area (which was overflowing when I drove by), the “improvement” of the road to the 10km bridge (still bad in a few spots but drivable going slowly), I could foresee increased activity in this area.

An opportunity to increase education, and maybe decrease abuse, would be something to look at for this location. Also, there was recent rock debris on the road/trail after the logging area, falling from a cliff face, before the beach. There should be a sign indicating this hazard (or indicating use trail at your own risk); but this may be a BCFS issue.  Also, some signage indicating that you’re in the Provincial Park may be nice once you’ve reached the beach, because people may not realize this after walking past the logging cut. I look forward to visiting the reserve in the near future.

There appears to be an excellent opportunity to complete a proper plant inventory, curtail the excessive trails at the beginning of the park, provide some educational opportunities through signage, photo-document the different ecological zones within the park, and visit the “back corners” of the reserve to find some hidden gems. I am excited to continue my work within this Ecological Reserve.