From the LOG, The Friends of Ecological Reserves Newsletter, Autumn/Winter, 2013.

Also see these additional photos from the trip 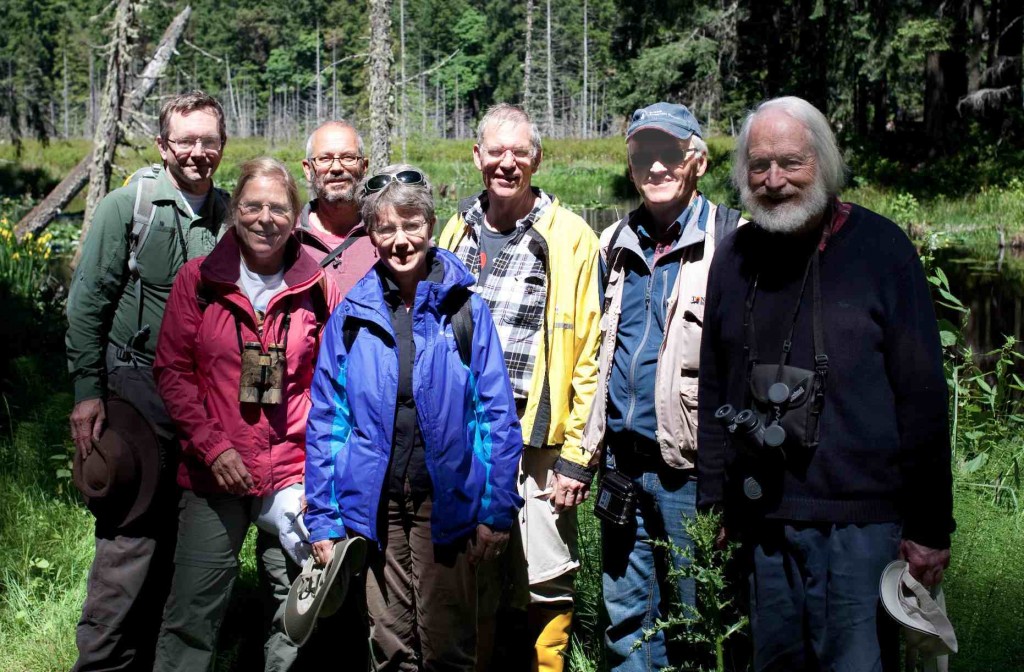 We were met at the Galiano dock by Ken Millard, of the Galiano Conservancy Association and summer student Jenna Falk who is working for their Learning Centre. Visit their web site to learn more about a truly grass roots locally motivated, effective approach to conservation and how this group is acquiring and linking a network of natural areas on Galiano. Ken is also the warden for the Galiano Island ER. Also meeting us at the dock were FER Log editor, Louise Beinhauer, and Board member Garry Fletcher and his wife Helen.

From the dock Ken took us up to the reserve, near the north end of the island. The Galiano Island Ecological Reserve (ER# 128) was established to protect an increasingly rare ecosystem, a peat bog in the Coastal Douglas Fir Zone. The bog itself is about one hectare in size. One half of that is open water, forming a small lake, with surrounding wetlands that are usually flooded. The peat bog vegetation is at the north end of the lake.

When I had last visited the bog in 1989, the peat bog area had been dry and you could walk on it. In 1990, a beaver moved into the area and began creating dams. This caused flooding of much of the bog area. The beaver or beavers, are certainly still there; we saw a dam that was retaining water.

We spent part of the day walking around the lake. We then hiked up into the rest of the reserve, a dry, forested area to the east of the lake, part of the watershed of this small wetland ecosystem. Adding this Crown land portion to the ER was discussed as it would improve and secure the ecological integrity of this wetland if the entire watershed were an ER. 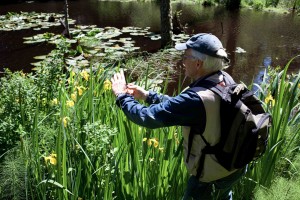 Garry Fletcher photographing the yellow-flag iris (Iris pseudacorus) found on the edge of the peat bog.

The reserve is not free from threats, though. Galiano Island is a desirable place to live, and as more people move to the island the reserve is being impacted. A dirt road runs along the edge of the reserve, bringing people into the area and with them invasive plants. It would be very desirable if this road could be closed.

We noted four locations of invasive yellow-flag iris, Iris pseudacorus, visible from the dirt road.  We wondered how they got there and thought they may have been planted in the ER by someone who liked their very showy flowers.

Yellow-flag iris is listed by the Invasive Species Council of BC and does not belong in an Ecological Reserve as it is an aggressive colonizer of wetlands .We also noted the ER sign marking the boundary of the ER from the road was absent. 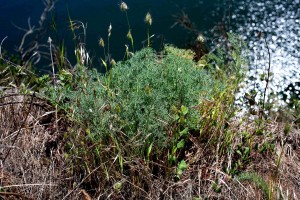 Later on, we got back into our cars and headed down Porlier Pass Road to the ferry, with a stop to a look at a rare plant, Lomatium grayi located on the cliffs within Bodega Ridge Provincial Park. It was growing virtually on the edge of a cliff, overlooking the sea.

We then headed back to the ferry, having had an excellent day visiting Galiano and were treated to a large pod of Killer Whales, Orcinus orca on the return journey. Thank you Ken for the tour and all the information!