In August we reported on a trip to a special forest at Robert’s Creek where a local group , Elphinstone Logging Focus, was trying to prevent logging and promote a protected area .

Today as a followup, we received this press release : 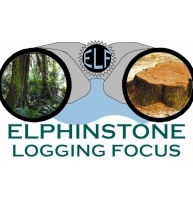 Elphinstone Logging Focus (ELF) is pleased to announce that they’ve been informed by BC Timber Sales (BCTS) that Cutblock DK045, which ELF has been lobbying to protect, has been canceled from future BCTS logging plans. DK045 was part of a larger TFL A79517 (Dakota Bowl, lower Sunshine Coast) consisting of Yellow-cedar and hemlock where the trees range in age from 800-1,800 years old. This key headwaters forest (17.6Ha/43.4acres) is located on the north slope of Mt. Elphinstone, and acts as corridor with 2 Wildlife Habitat Areas.

ELF flagged a trail through the forest to allow for easier access and gave it the name ‘Roberts Creek Headwaters Ancient Forest’.

In an October 22nd e-mail from Norm Kempe, Senior Forest Planner for BCTS’ Georgia Strait Division, he states that ELF brought forward enough “compelling reasons for preserving this stand of timber that we considered and concluded had reasonable merit.”

“In 2010, when we snowshoed into this surveyed block, I thought to myself there’s no way this forest should be destroyed.” said Ross Muirhead of ELF. “For 3 years, we held back logging plans and so it’s very rewarding now to know that this magnificent stand will remain for its own sake, and for future generations to appreciate. When we completed a count of 340+ Pacific Yews growing on the upper half of the block, it reinforced that we had found very special forest. We’d like to thank all those that supported this campaign, including BCTS staff who considered new information we brought forward about this block.”

“The Roberts Creek Headwaters Ancient Forest was important to protect for several natural and cultural reasons. It contains 7 archaeological sites protecting culturally modified trees (CMTs) – a first for the Sunshine Coast, and protects 2 tributaries that make up the main Roberts Creek channel.” states Hans Penner of ELF. “We’ve not heard back from BC Timber Sales on the exact legal protective status this forest will receive. ELF believes that this forest should be granted Ecological Reserve status, with community members serving as Reserve Wardens.”

In August ‘13, Friends of Ecological Reserves (Victoria) conducted an exhaustive flora inventory of the area and then made a recommendation to have this forest become a new Ecological Reserve to highlight its bio-diversity. In Sept, Ancient Forest Alliance (Victoria) conducted a photographic expedition documenting the ancient cedars and the proliferation of Pacific Yews.