ERs in the Path of the Proposed Northern Gateway Pipeline Tanker Route.

This map shows the route of the tankers that would go through Hecate Strait, right past three important Ecological Reserves if the Enbridge Northern Gateway Pipeline is allowed to be built by the Canadian  and British Columbia Governments.

Other reserves at the top of Vancouver Island and near Haida Gwaii which also would be affected are not shown here. 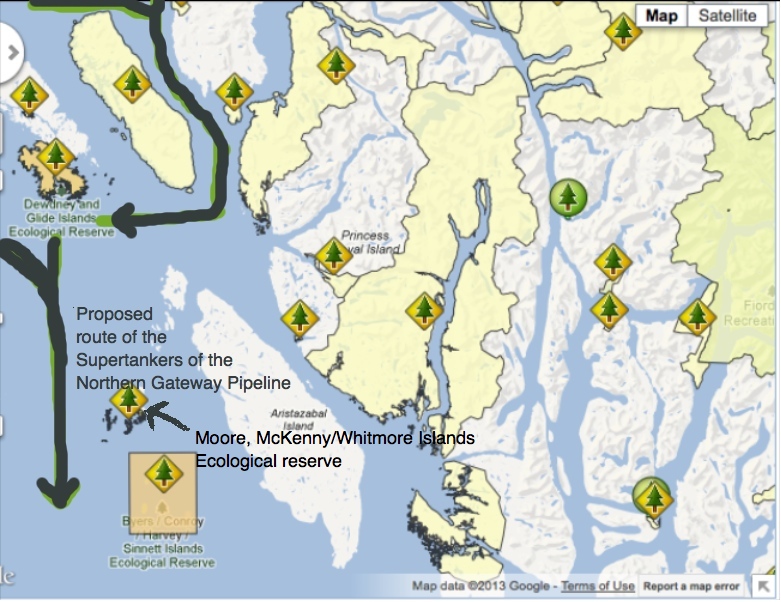