The weather was sunny and hot, with temperatures up to 22 degrees, despite a breeze in the afternoon which cleared away much of the morning haze.

The water level at Mission read 1.6 to 0.8 metres (tidal), and at Hope 4.38 metres. High snow pack, especially in Thompson River drainage gave a peak run-off in late June at about 6.2 metres at Hope the high water extended well into August.

We launched at Nicomen Island boat launch at 10:30 am; returned there by 6:00 pm. The GPS showed that we walked 11 km on the islands.

The extent of changes in the islands’ shape, through erosion and accretion, including changes to the interior channels was startling.

The Fraser Valley Regional District now has a sign posted at the locked gate at Nicomen Island, stating that the boat launch is closed and suggesting two alternate locations. Two people from the farming family were travelling by in tractor and unlocking the gate while we were unloading our car, so we explained that we were paddling out to the islands. This news received a smile and a nod, over the noise of the tractor, and no animosity. No other vehicles were parked in the small lot before the gate.

We paddled directly across the Fraser River and landed just downriver from the large eagle nest near the central cross channel. There were no gravel bar islands in our cross over, just one wide river channel. For the river height on the gauge, this was a surprising change. At this water level we would previously have had to carry our kayaks across three gravel bars. It would appear that these bars have been washed downriver, and/or the height of the river is higher now on this northern channel of the Fraser, relative to the southern channel. The water is flowing southerly towards the EcoReserve islands in addition to the regular southwesterly downriver flow. This could account for the new erosion on the upstream end of the islands facing that southern major channel. A southerly cross current would also account for the deposit of gravel that is building on the upstream northern side of the island. This change in the northerly channel may have happened during the high and extended water flow of 2011, as we have not kayaked across this channel in lower water since 2010. The boat tour in Oct 2011 approached via the southern main Fraser channel. 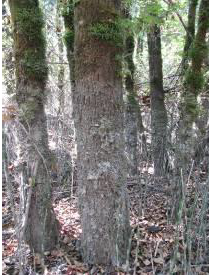 We bushwhacked through the interior swales as in previous trips, across to the upper end of the lower south island. The flood water level was visible with the river silt adhering to the tree bark. That level was very high, with silt mark extending at least a metre upwards on large trees that themselves were growing already on raised parts of the islands, a metre or two above this September’s water level. 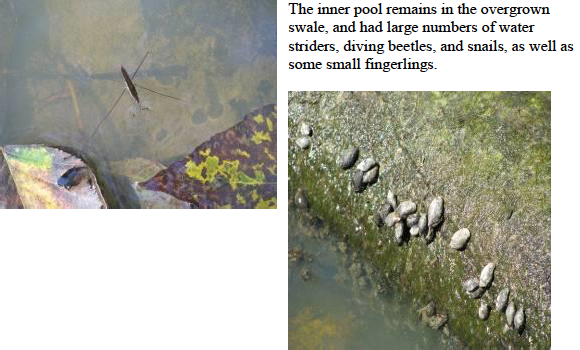 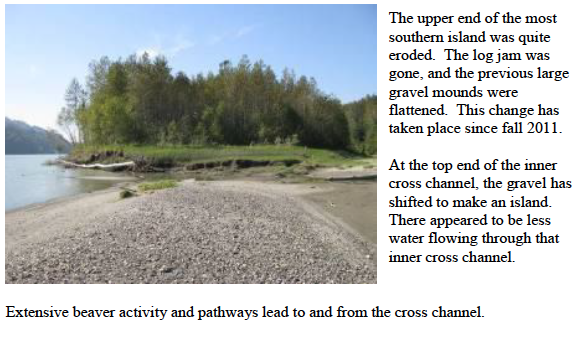 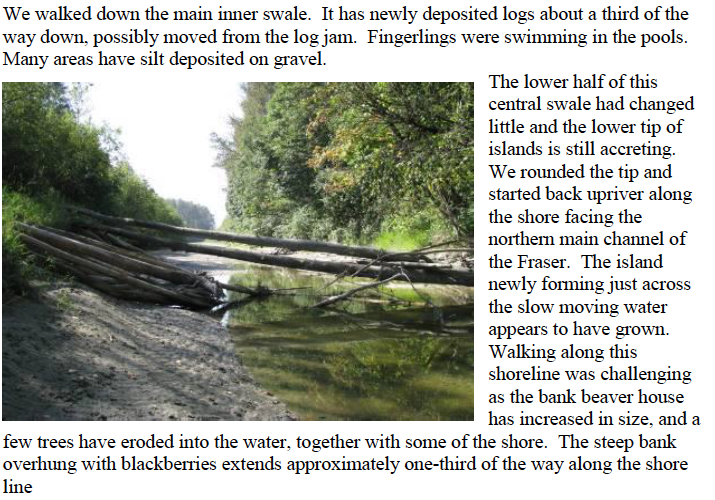 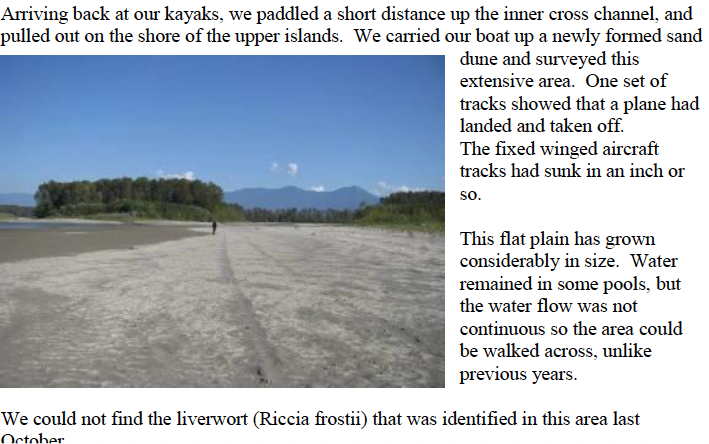 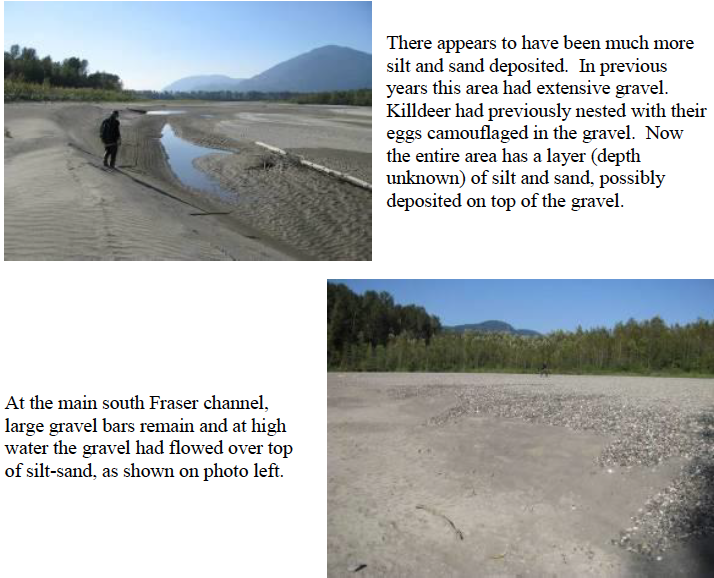 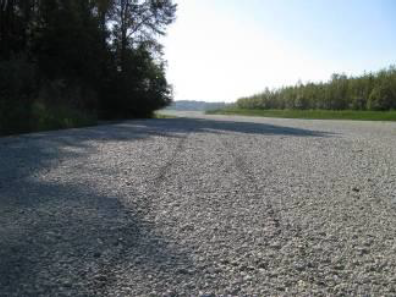 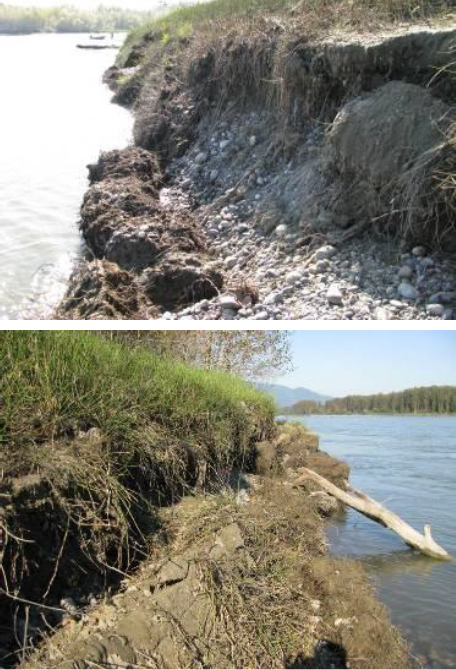 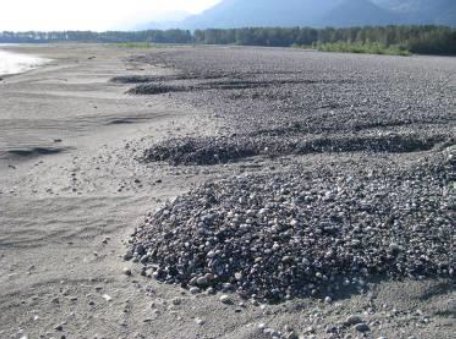 We next walked up the large inner swale between the two upper islands. The 2012 freshet of the Fraser flattened this swale. No pools remain. There is a shallow cover of silt on top of the gravel. Another set of aircraft tracks was observed here.

A father with three teenaged children was fishing at the upstream end of this swale. They reported no fishing success. That family had a boat anchored offshore. One other man was bar fishing with two rods near the upstream tip, with his boat anchored on the shore. It appeared that no fish were being caught. Throughout the day we saw about 25 boats moving up and down the main

southern channel, with fishing gear. We saw no spawned out fish carcasses except for one carcass on the north west side of the main downstream island and one dead and desiccated carp high on the gravel bar between the two upper island.

Walking further up to the northeastern tip of the upstream islands we noticed the shoreline had been much eroded. The gravel bar that had previously extended out from the southeasterm side of the island, had washed away. The main bank was eroding with a steep drop off into the Fraser which deepened immediately off shore. The layers of this bank, show silt/sand over laid by gravel layers, over laid by more silt/sand layers.

From the upstream tip we walked downstream, now facing towards the main northern channel of the Fraser. We walked out along the newly forming island towards the large sand dune, where trees are establishing. Much new gravel was being deposited in this area, and it appeared to have flowed in a southerly direction,across silt/sand deposits. 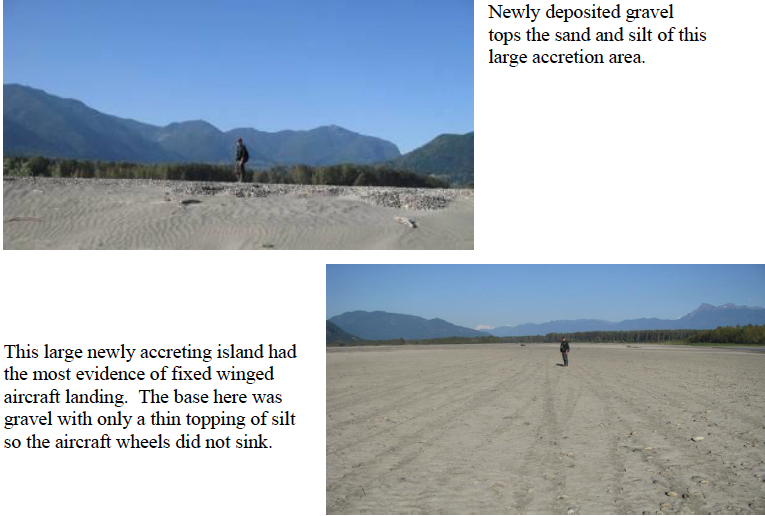 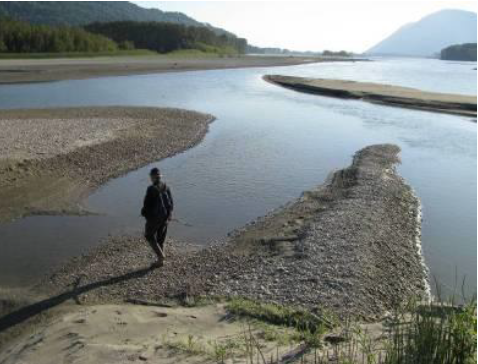 What had been a large inlet waterway is now a very shallow pond, which we could wade across at its downriver end.

Paddling our kayaks back to Nicomen Island, we noticed the southerly flow of the river for about half the distance across. It was only in the area of what had been the deepest channel closest to the boat launch that the river was flowing directly southwesterly downriver. The channel next to the boat launch appears to remain the deepest channel. The only two power boats we saw travelling on this side of the Fraser throughout the day, were both in this area.

Glaucous-winged Gull 7 along islands; about 150 at the northeastern tip of islands

Kingfisher 1 likely on territory on the north west side of the largest island, downstream a half km from eagles’ nest

Asters blooming in several places, mixed in amongst the horsetails 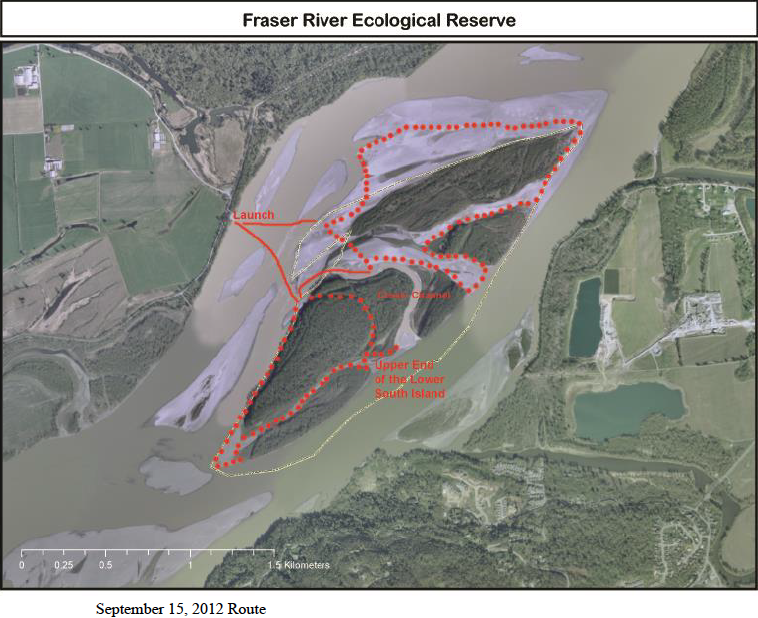