BC’s Ecological Reserves are not as old as Parks.  The Ecological Reserves Act was passed by the BC Legislature in 1971 sixty years after Strathcona BC’s first part was established.  ERs at their inception were under the Lands Branch and only later moved to Parks for management.

Sadly FER did not get to interview some ER elders, notably Vladimir J. Krajina whose energy and drive was so important to get to the ER Act and get the program in place.  There are so many people who have contributed so much towards ERs over the last 40 years and these ten interviews are only a small glimpse into that period. We hope in the future to do more conversations with elders.  There was discussion on the term elder, should this have been interviews with ER pioneers?  We settled on elders as this term is bestowed by others and a term that carries a measure of respect for knowledge gained and shared through time.  These ten interviews reveal some of the history over the past 40 years.  Elders were also asked to for guidance to help look forward towards the next 40 years.  There is no synthesis on common themes provided. That will be left to others and FER may extract common themes too for now the conversation stand on their own.

Friends  of Ecological Reserves thanks BC Parks for the funding that allowed us to complete these interviews and to thank the Elders who accepted our invitation and shared their time to relate stories and insights.  We hope you enjoy this part of the history of conservation in British Columbia.

This page shows a page with links to the interviews: 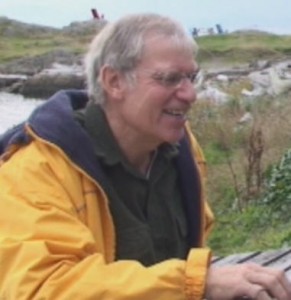 Mike Fenger the current President of FERs conducted these interviews.  They were recorded and expertly edited by Ray Painchaud.  Thanks Ray for your skill and support to see this to fruition.  These videos are part of the Parks Archives at University of Victoria. The conversations are arranged in alphabetical order by last name.
Victoria 2012 Mike Fenger
[1]President of Friends of Ecological Reserves

[1] Mike Fenger is has been FER president since 2007. He is a Forester with an interest in conservation and worked for the BC government in the Ministry of Environment.  He formed his own consulting company since leaving. http://www.mikefengerandassociates.com/