A follow-up on The Big White Controversy Part 1

In December of 2011 a letter was sent to the Administration of Big White resorts.  Website: www.bigwhitesilverstar.com Corporate Head Office 1894 Ambrosi Road Kelowna. I indicated I was  redoing the Big White part of the Friends of Ecological reserves website , and that  I had  some concerns for development  overlapping in the ecological reserve as indicated in  the plans  carried on the website of their consultant at http://www.brentharley.com/the-master-plan/ (updated link Oct 2015) and wanted  to get the facts correct before publication.

That  request was forwarded to Paul Ploktis  the VP of Real Estate and Development for Big White  along with a clip from the panoramic view on the website which shows a serious  incursion into the Ecological reserve by ski runs and even a tow lift. 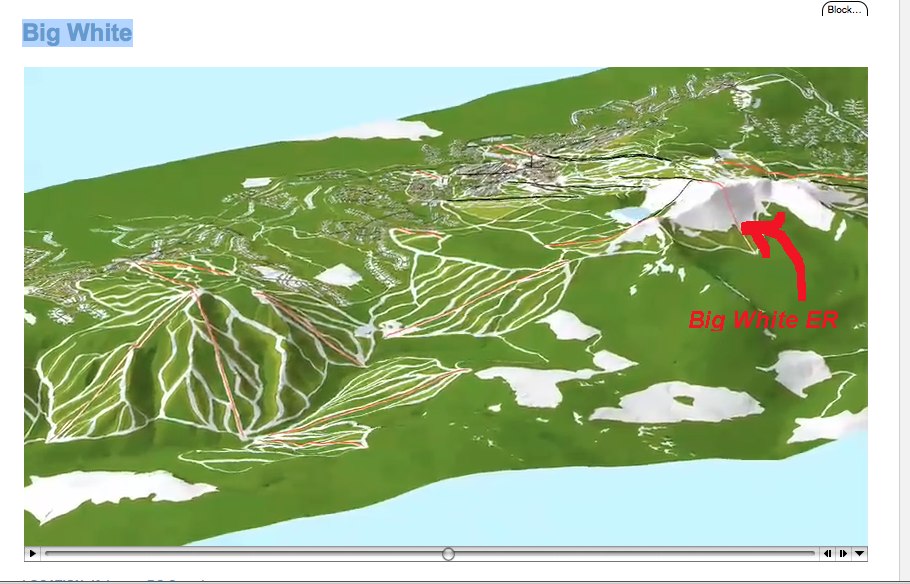 In January I received a response from Paul Plocktis , indicating that he would “send your email to our planner, Brent Harley, as he is most capable of providing you maps and answers. “

I then received the following response from Brent Harley  of Brent Harley and Associates Inc. 4-1005 Alpha Lake Rd Whistler, BC, Canada VON 1B1 stating simply that “The plans that you are referencing are still being reviewed by the Crown. “

So what has happened between Minister Penner’s indication in February 2010 that no proposal had been received and the January indication that it “was being reviewed by the crown.” ?

Below I have included two more maps from Google Earth at the same scale showing the extent of the ecological reserve and the present developed area. 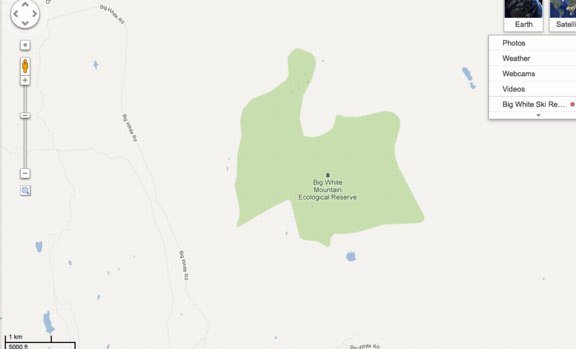 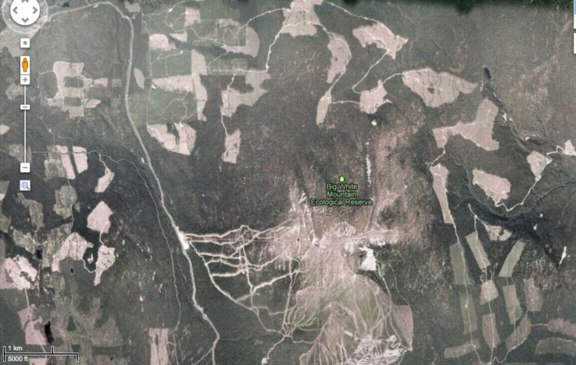