Forest Practices Board Investigation of Harvesting near Mara Meadows ER

Here is a link to the full report, Mara Meadows Harvesting 2004 Complaint Investigation 020435.

The Mara Meadows Ecological Reserve is 15 km east of Salmon Arm and covers 178 ha.  It has five red- or blue-listed plants and the greatest known concentration of native orchids from a single location in BC.

In 1996 the forest district commissioned a study of the hydrologic impacts of forest development on the ecoreserve.  The report recommended further study prior to development.  However, in December 1997, the district forest manager went ahead and awarded a woodlot on the western side of the ecological reserve to a licensee. 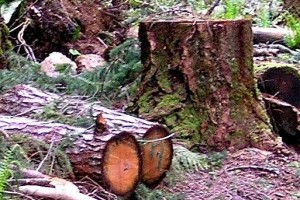 This licensee submitted a plan to develop 7 km of new road and 7 cutblocks totalling 78 ha.  The Ministry of Environment reviewed the plan and recommended that the licensee provide further information prior to approval.  However, the district manager did not require the licensee to provide that information and approved the plan effective to November 2002.  In January 2003 the licensee submitted an amendment proposing 6 new cutblocks.  The district manager approved four of these cutblocks totalling 34 ha.

On March 14, 2003 a concerned citizen asked the Forest Practices Board (BC’s independent public watchdog for sound forest practices) to investigate the effect of road building and logging on the ecological reserve.  The FPB released its report of its investigation (#020435) in May 2004.

The report focuses on whether planning and enforcement processes were followed.  The FPB notes that it was unable to assess whether harvesting and road cuts have affected the ecoreserve because no baseline information exists.