ORIGINAL PURPOSE To protect a relatively undisturbed example of one of B.C.’s most underrepresented biogeoclimatic variants (CWH xm1), and sensitive mosses
and lichens on the shallow-soiled coastal bluffs.

OVERVIEW
See the complete PDF at : francis-point-er-153
Access: The reserve can be accessed via trails through the adjacent Francis Point Provincial Park to the east, with access points at the ends of Merrill Road, Rondeview Place, and Francis Peninsula Road.

COMPOSITION
Physical: Situated on the Francis Peninsula on the Sunshine Coast west of Pender Harbour, the reserve covers the smaller Moore Peninsula, bordered by Malaspina Strait on all sides except for an isthmus connecting it to Francis Point Provincial Park to the east. Much of the shore is rock cliff or platform with occasional pocket beaches. A sand and gravel intertidal area along the northeastern edge faces the “Lagoon,” with a small salt marsh at its head.
Biological: The reserve represents a biogeoclimatic variant that is severely underrepresented in BC’s protected areas system. As of 2008, only 1.9% of this low elevation BGC variant was represented in protected areas before the
establishment of the reserve and adjacent park.
The dry, exposed sites, especially along the coastal bluffs, can be quite sloped with shallow soils. These areas have a thick moss cover and are treed with shore pine, arbutus, and Douglas-fir where the slope is not too extreme. A depression
in the centre of the reserve is wetter with a western redcedar – sword fern association. The northern section of the reserve contains a small pond with tule.
Mature second growth dry coniferous forest with mossy understory predominates the reserve, but some veteran old growth trees and snags also exist.
Some trees are estimated to be over 100 years old. The understory in these areas often includes twinflower, rattlesnake-plantain, kinnikinnick, honeysuckle,
Nootka rose, Oregon-grape, trailing blackberry, and mosses such as Oregon beaked moss, Wallace’s selaginella, step moss, electrified cat’s-tail moss, and uniper haircap moss. There is evidence of past logging in the adjacent park.
The open moss/lichen communities on more exposed sites are particularly sensitive to trampling and some of these component species such as the reindeer lichen Cladina portentosa are slow to regrow. There is a notable lack of invasive plants within the reserve, such as Scotch broom, gorse, Himalayan blackberry, and spurge-laurel, that are a common occurrence in other areas with this ecosystem type.
The reserve contains one of three rare-listed plant communities and part of the rare grass–moss/lichen community found in the adjacent Francis Point Provincial
Park. The grass-moss/lichen component of the Douglas-fir – lodgepole pine — Cladina site series includes a number of uncommon grasses not found elsewhere
in this series, such as dune bentgrass and a native rare subspecies of red fescue.
A number of surveys since 2000 have identified 35 land bird species, includingvarious types of woodland ducks, hawks, grouse, owls, woodpeckers, and passerines such as flycatchers, swallows, thrushes, vireos, warblers, sparrows and finches. 45 marine bird species have been observed in the area, including
species of loons, grebes, cormorants, sea-ducks, gulls and alcids. Most common species include the Pacific Loon, Canada Goose, Bald Eagle, and Bonaparte’s Gull. The Marbled Murrelet has been commonly observed during winter in the
marine waters in the area.
Steller and California sea lions are seasonal residents in the area. Pacific Chorus Frogs and Douglas’s Squirrels have also been observed. Herring have been known to spawn in Middle Bay (just south of the reserve), which attracts Harbour Seals and raptors.
Cultural: There are nearby clam middens and canoe skids outside of the ecological                                                      reserve.

THREATS
Climate Change: The shore zone along most of the reserve’s perimeter will be
altered by rising sea level. Changes in temperature and precipitation regimes may also alter forest community  composition with more drought-tolerant plants and invasive
species. The reserve boundary may enclose a different ecosystem  type than the type it was established to represent. The current  community may also be representative of future expanding  ecosystems in B.C.
Urban and/or rural  development:
Adjacent residential development eliminates the buffer zone
surrounding the reserve, increasing the threat of non-native
species invasion.
Increased usage of informal trails could lead to trampling of
sensitive mosses and lichens.
RESEARCH  OPPORTUNITIES
The reserve offers the opportunity for research in a relatively
undisturbed example of one of B.C.’s most under-represented and under-protected biogeoclimatic variants (CWHxm1).
Species lists from recent surveys and a background report are
available to support research. 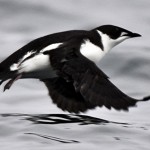