Ecological reserves are areas selected to preserve representative and special natural
ecosystems, plant and animal species, features and phenomena. The key role of ecological
reserves is to contribute to the maintenance of biological diversity and the protection of genetic
materials. All consumptive resource uses and the use of motorized vehicles are prohibited.
Research and educational activities may be carried out but only under permit.
Primary Role
The primary role of Lasqueti Island Ecological Reserve is to protect a shoreline forest of some
of the largest Rocky Mountain junipers in British Columbia, two rare plant communities, and two  blue-listed rare plants. At least 15 plants considered rare in the province occur in the ecological  reserve. Most of these species are limited in their range to the Coastal Douglas-fir zone, but are  fairly common within the zone with good population sizes. In addition, numerous fauna species  have been recorded with some of the most notable being the turkey vulture, bald eagle, osprey,  great horned owl, pygmy owl, Townsend’s vole, river otter, Pacific tree frog, and northwestern  garter snake.
Secondary Role 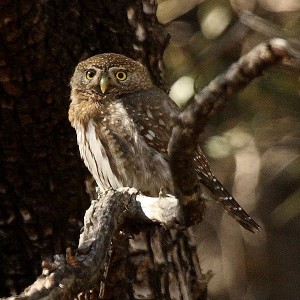 The secondary role is to protect the natural environment representative of the dry southern
coastal forest. Due to its southerly exposure, sea level location and thin soils, the vegetation of
Lasqueti Island Ecological Reserve is representative of the very driest habitats within the dry
subzone of Coastal Douglas-fir forest. The ecological reserve has significant remnant value as
it contributes to the representation of the CDFmm biogeoclimatic subzone which has less than
2.5% of its area protected provincially. The Coastal Douglas Fir zone has a limited range and is
one of the most highly fragmented and impacted ecosystems in Canada as it is encompassed
entirely in an intensive urban and agricultural development area of the province.
Management Issues
Known Management Issue Response
Lack of knowledge of rare plants and  cultural values

Impact of recreational use on the
ecological reserve

Impact of  fire on the ecosystem