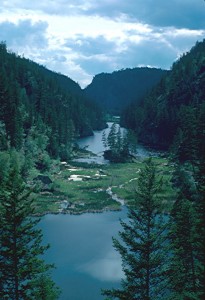 As stated in the Ecological Reserve Act of 1971, ecological reserves are established for the following purposes:

Scientific research and educational use

Protection of other unique and rare botanical, zoological or geological phenomena.

Management of ecological reserves is therefore primarily concerned with strict protection of the resources themselves and with the supervision of appropriate research and educational functions of a type that will not harm or diminish these resources.

Recreation and tourism are not supported in ecological reserves, although public access for non-consumptive or observational purposes is not inhibited provided no significant impact on resources results.

Purpose of the Management Plan

This plan states the role of Cougar Canyon Ecological Reserve in the provincial system, the long-term vision for the reserve, and management objectives and actions to bring them about. The ecological reserve role and objectives as stated in this plan cannot be contravened in meaning or intent without consultation with the public and approval by the District Manager and BC Parks Management Committee. The five year plan is subject to annual review and adjustments.

Located 10 km S of Vernon, the reserve is reached from the West Kootenay Power access road which parallels its west side. Approaching from the north this road passes through Kalamalka Lake Provincial Park by what is at present a public road. At one point south of the park the West Kootenay Power road crosses a private property where gates have been erected, therefore freedom of access may not always be available from this direction. From the south, entry is gained from Sawmill Road off Oyama Road via a locked gate and private road.

On the west side the reserve boundary runs along the West Kootenay Power high-tension line right-of-way; on the east an irregular boundary may be redefined by the Okanagan-Shuswap LRMP. Present dimensions give a protected area of 550 m between 450 m and 870 m elevation.

The reserve is a steep-sided north-east to south-west valley deepened by post-glacial melt water erosion. Soil depth is shallow to absent on the valley sides, deeper on the valley floor.

Drainage is provided by a small stream which runs through several small lakes along the length of the reserve starting at a minor seepage near the north boundary. It is supplemented by a number of seasonal streams flowing from the east slope; there are none entering from the west. By late summer in all but the wettest years out-flow at the south end has ceased.

Where rock outcrop is not present the north-west-facing slope is mostly Douglas-fir forest, markedly different from the more open Ponderosa Pine/Douglas-fir forest on the opposite slope. Steep grass openings cover areas of shallow soil. In the valley bottom thicker mixed forest fill the gaps between lakes.

One Blue Listed plant occurs in the reserve and another, so far not conclusively identified, will probably also prove to be a listed species, in addition to which there are 3 Blue listed reptiles.

Larger wildlife includes Black Bear, deer (probably Mule Deer), Coyote and Moose, some on a transient basis. A disused beaver lodge could be seen 20 years ago but no recent activity has been noted.

No indications of native use have been reported.

Cougar Canyon was proposed as an ecological reserve in the early 1970s and finally approved by order-in-council #2565 in 1981.

The Okanagan-Shuswap LRMP when finalised may recommend variation of the east boundary of the reserve.

Access from the south is through two private properties. At present the Volunteer Warden is allowed entry to the first by key under a permit that specifies no accompanying persons.

The second private property, adjacent to the reserve, is held for the purpose of eventual development. No firm proposal has yet been presented to the local government for approval.

Access from the north is through Kalamalka Lake Provincial Park, then along West Kootenay Power’s 4 x 4 road. Two private parcels are crossed, one of which has metal gates at its boundaries. There is no guarantee freedom of access can be relied on.

The powerline right-of-way provides a conduit for the spread of weed species along the ridge top. In the main, they are restricted to areas of disturbance along the road and around pylon sites but could extend into the reserve.

Evidence of hunting and camping within the reserve have been reported in the past though no recent instances have been cited. Development of property to the south may cause a resumption of these activities due to higher population and improved access.

Eventual resort and/or housing development to the south could introduce domestic pets into the southern end of the reserve, and increase the risk of accidental fire.

Research and Education Use

Rugged terrain reduces the practicability of formal research in this reserve, however, inventories of the major animal and plant categories have been compiled on an informal basis.

Access difficulty makes this reserve unsuitable for education purposes although if development occurs adjacent to the south end it may be desirable to arrange some introductory programs there to foster understanding and a local protective spirit.

One of the purposes in acquiring this ecological reserve was to secure a complete small stream system with lakes at a low altitude to provide an opportunity for research. Difficulty of access and movement within the canyon are impediments to carrying out this role as only the northern lake and the southern four can be reached without excessive effort, however the reserve does still offer possibilities for investigation not readily available elsewhere.

Despite these possibilities, research and education functions are not easily adaptable to this reserve. Its long-term vision, therefore, is best restricted for the immediate future to one of conservation and limitation of access.

In so far as some form of development project will eventually go ahead south of the reserve, the object is to minimize any impact this will have on resources and, conversely, any impact in the opposite direction that could cause harm to and complaint from the development.

Develop an approach to development planning on adjoining       property. Preference will be shown to proposed plans that specify low-impact activities (golf course, large lot residential) close to the reserve and concentrated residential areas at a distance.

If practical, arrange for any incompatible activity on adjoining properties to be segregated from the reserve by means of fences.

Require a surveyed and well-marked fence between the reserve and land development constructed at the developer’s cost.

Prevent cattle use beyond the minor amount of trespass that presently occurs seasonally at the south end and along the ridge top.

Minimize risk of fire from illicit camping. Recognize naturally caused fire as a normal ecological process, though at the same time respecting management considerations on the surrounding provincial forest lands.

Permit native pest and disease processes to proceed unless part of a regional outbreak, or involving non-native vectors, in which case evaluation and appropriate strategies will be developed with the local Forest District Office.

1.   Assure access will continue to be available through private property south of            the reserve.

Continue friendly relationship with representatives of the owner and gatekeeper. Also make contact with officials of any new             development project or contractor as required for the same purpose.

2.   Assure access will continue to be available through private property on the approach from the north.

Ascertain owner of private property that impinges on access road in order to learn their intentions.

3.   When possible to have the West Kootenay Power road re-sited at the two or          three points where it crosses into reserve property.

Request company to advise whenever roadwork is planned.

Increase signage along this road.

2.   In the event of residential construction south of the reserve, inform the public in the new community of the purpose and importance of the ecological reserve      program to head off the possibility of inappropriate use.

Prepare to provide suitable signage or information kiosk at the boundary. Plan for short introductory walks and explanatory talks for new residents. 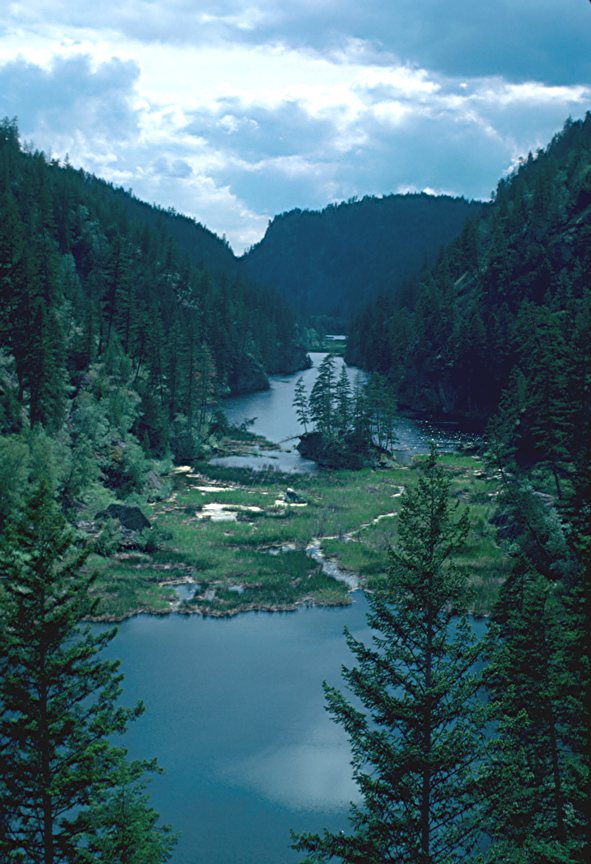