To protect a segment of the longest known esker in British Columbia and vegetation types characteristic of eskers.

Physical: The central feature of this reserve is a superb segment of the Mackinnon compound esker, a sinuous ridge reported to be over 50 km long, the longest such landform in the province. The esker was formed during the waning stages of glaciation on the Nechako Plateau, a time when meltwater streams flowed through crevasses or tunnels in the stagnant ice, depositing their load of sand and gravel in the process. Within the reserve the main body of this esker is about 150 m wide and very prominent on air photos. Though termed a compound esker, its associated arms or branches are much less distinctive than its central trunk. Other glacial features in this area, undulating to the flat plateau surface, are drumlins sculpted by moving ice and meltwater channels and kettle holes formed as the ice receded.

Biological:Vegetation on the gravelly, well-drained esker is rather uniform lichen- woodland dominated by few 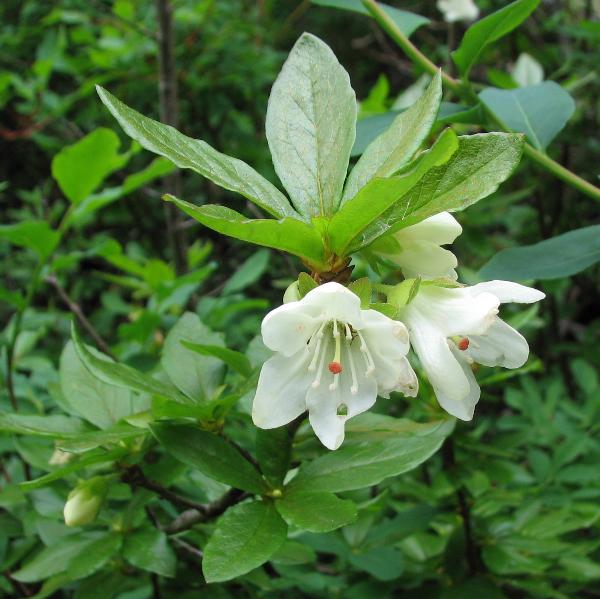 species. Lodgepole pine is almost the only tree and the open understory is characterized by the low shrub velvet-leaved blueberry, some kinnikinnick, and fruticose lichens. Herbaceous plants are poorly represented. A similar kind of lodgepole pine woodland in the reserve has dwarf blueberry rather than velvet-leaved blueberry in the understory. White spruce stands are common in the vicinity, including spruce-black huckleberry-moss, and spruce-subalpine fir-devil’s club-oak fern associations.

The fauna has not been surveyed but moose are common around wetlands, and porcupines, chipmunks and mice have been observed. Birds seen here include Evening and Pine Grosbeaks, Golden Eagles, and Greater Yellowlegs. 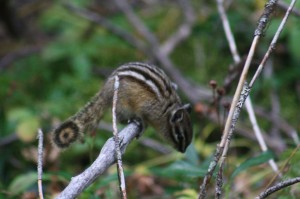