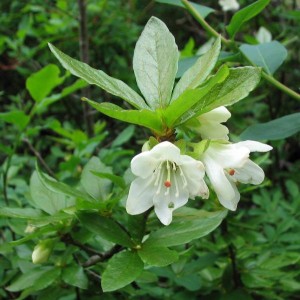 COMPOSITION
Physical: Located at the eastern edge of the Nulki Hills, a rolling upland within the Nechako
Plateau, this reserve has little topographic variation. Surface slope, almost
imperceptible, is to the east. Meandering unnamed streams which flow across the
reserve have formed shallow valleys. These drain into the Chilako River. Except in
a few sedge meadows and bogs, soils are predominantly Podzols, developed on
glacial till.
Biological:  This reserve is almost entirely covered with dense stands of mature conifers;
boggy sites, mostly in the northern corner, comprise less than five percent of its
total area. The forest communities are characteristic of lower elevations in the
Engelmann Spruce-Subalpine Fir Zone, near its contact with the Sub-Boreal
Spruce Zone. Three species of spruce (Engelmann; white; black) as well as spruce
hybrids are present, and one or more species is prominent in all of the four
communities that have been described here. Subalpine fir and lodgepole pine also
occur.