A plant survey of Stoyoma Creek was done on July 22, 1985 by Louise Goulet and Hans Roemer who then worked for the Ecological  Reserves Division of The Ministry of Lands Parks and Housing, later to become part of BC Parks.

Noted were Releves of representative forest within the then proposed ecological reserve ERP 328, using the Braun-Blanquet cover-abundance scale.  See the following PDF file for details.

A) Tall forest near road level-mesic

B) Poor forest on rocky sites near road level 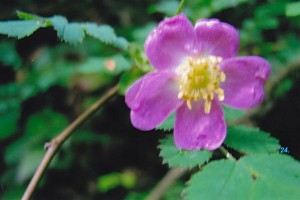