I received this email with maps attached after I made an inquiry into the nature of the proposed park development at Big White
From: Baric, Keith J

Hi Garry
Thanks so much again for your time on the phone last Friday afternoon.  Fortunately, I was also able to touch base with Don Guild later that day as well, so I am including him on this response. 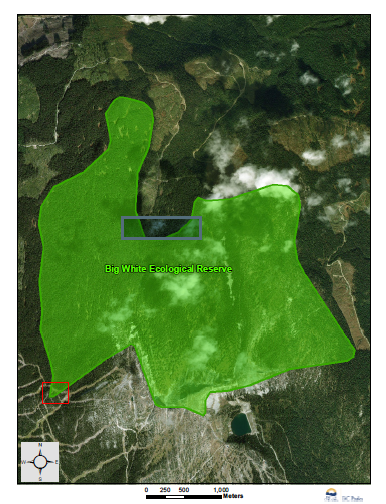 As I mentioned, the issue of the small current boundary overlap of Big White Ecological Reserve has its origins when the ER was modified to exclude the larger footprint of the Big White Ski Resort not long after the ER was established in 1972.  The ER was originally established in March of 1972, but it was soon revealed that the original boundary had inadvertently overlapped a considerable portion (370 acres/150 hectares) of the ski resort, so several months later in November 1972, the ER was modified to better align with that of the ski hill/resort footprint.  This larger modification of the boundary (removing what resembles a triangle) left a prominent point in the ER’s southwestern boundary.Original OICs 1972 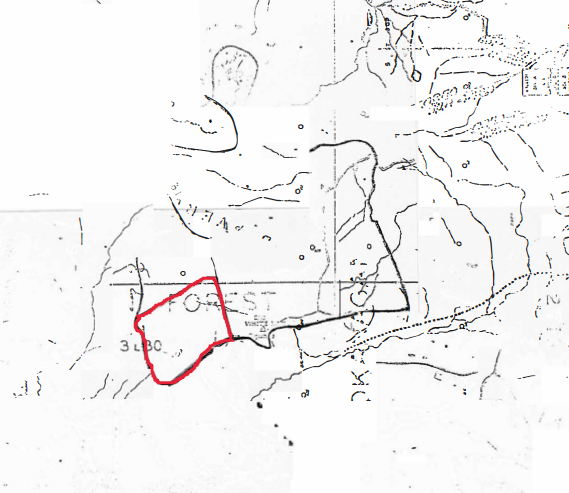 from the attachments that include the 1972 mapping- the detail is very poor).  In later years, the boundary was brought into our digital mapping realm but without proper ground truthing and limited digital satellite imagery we again unfortunately overlapped over a portion of the ski hill- this time however a small portion of a ski run.  It is our goal to remedy this situation by excluding that portion of the ER overlap with the ski run, while also allowing a small buffer for hazard tree removal/work zone if required- an area not exceeding 3.5 hectares.  The mapping outlining this area is also attached. 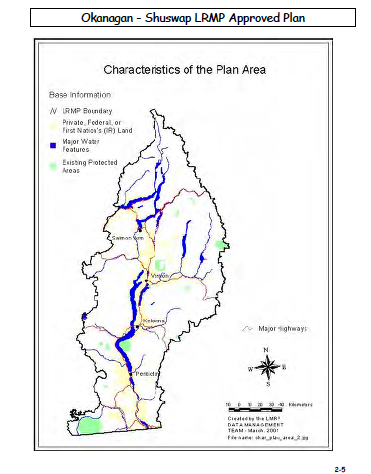 I have also included a copy of the Okanagan-Shuswap LRMP, as you had asked if there was land use direction and planning for areas such as Big White Resort.

I would point out that section 4-10 (starting on page 329) details the management guidelines in what is referred to the Recreation Resource Management Zones (Intensive Recreation- Shared Use, All-Season) of which the Big White Resort and its associated Controlled Recreation Area (CRA) resides within.

BC Parks will be submitting a referral response regarding the proposed CRA expansion and conveying that the Big White Ecological Reserve should not be adversely impacted by the possible expansion of the resort’s footprint and mitigative measures to address potential risks to the ER should be part of both the short and long-term management of the resort and CRA.  Efforts should be made to deflect new access roads/development away from the ER as to avoid incidental encroachment or promoting new access routes into the ER.  We will be emphasizing the sensitive nature of the ER, how this unique protected area acts as important refugia to a host of species and considering the magnitude of human use/industrial development already existing around the ER, the integrity of its boundary needs to be a key priority. Another essential consideration is to ensure wildlife connectivity across the broader landscape is considered, as the ER alone cannot maintain or provide habitat that supports a range of species-  only at the landscape level can this be achieved.

Please don’t hesitate to reach out to me if you require additional information related to Big White Ecological Reserve, and I thank you again for your keen interest and passion in protecting the ecological reserves in the province.