Excellent photos at the end:

The water level was fairly low, considering timing of this trip in late April. However this week the weather was unseasonably warm and the river level was rising quickly, and rose a metre over the next three days (according to the level at Hope) as the hot weather continued.

We landed on the upper gravel bar just as a very low flying helicopter passed over the islands flying upriver and flushing a pair of eagles and flocks of mallards. The helicopter was flying only about 100’ above the gravel bars. As we walked across gravel bars through a moist sand depression area we came upon two small western toads. We later came upon four more small toads along our route following the northwestern shore of the downstream islands.

We walked towards the lower islands and noticed that the long used eagle nest in the larger cottonwoods of the lower islands did not appear to be in use and had what looked like green herbaceous plants growing lushly in it. There was however a newly constructed nest about 20 metres further downriver, but we did not see an eagle in it, nor did we see an eagle in it later in the day, and we did look closely with the spotting scope. There were however a pair of adult eagles perched side by side out on one of the gravel bars. There were several visible eagles, including a kettle of 8 flying above us in the updrafts. With the low water level we were able to ford the shallow channel between the upstream and downstream islands, and then walked the shoreline of the lower island towards its tip. A beaver slapped its tail in alarm and continued to watch us from that calm channel extending northwest to the accreting island (outside the present reserve boundary).

At the downstream tip we noticed the large number of shiny iridescent beetles clumped in the young willow shoots and apparently eating their leaves. These were subsequently identified by Claudia Copley, Entomology Curator at Royal BC Museum, as genus: Altica

Here is a bugguide link

Claudia also identified by photos the lady beetles in the same area as non-native Asian multi-coloured lady beetle, plus one lady beetle was the native 9-spot. She requested we send information on the 9-spot to Conservation Data Centre and Ministry of Environment Invertebrate Species Specialist, which we did (see end of this report).

The side of the lower island facing towards Chilliwack Mtn (southern) continues to erode away at a rapid pace.

We then walked back upriver through the central dry channel. We observed many areas of beaver worked trees and shoots throughout the islands.

We were able to wade the water of the central cross channel at it flows across the islands near the main river flow, and then walked along this central channel. We then continued upriver to the tip of the upper islands. Again we observed considerable beaver activity in this location, including several larger fallen trees with several chew depressions along a trunk into the same fallen tree.

Next, walking downriver on the accreting northeastern gravel bar we observed several dabbling ducks in the quiet side waters of that main channel. These ducks are likely on their migration route up the Fraser River to the interior. Species observed: Northern Pintail, Northern Shoveler and Scaup (likely Lesser Scaup). There was also the diving duck, a Barrows Goldeneye.

Making our way across the extensive gravel bar to the Owl Sand Dune, we noticed several older vehicle tracks, likely from fixed wing aircraft. At the Owl Sand Dune there were again lots of coyote tracks and the many dug holes (30 – 40 holes). No bear tracks observed this trip.

Canada Goose 2, appearing from defensive behaviour to have a nest

Dunlin 1 (in breeding plumage, upper tip of islands together with BBPL)

Beaver – active in many areas; saw one swimming in the downstream slow moving channel

The photo of the lady beetle was taken on the southwestern downstream tip of the Fraser River Islands Ecological Reserve #76, GPS approximate (within about 10 metres):

Other attached photos at lower resolution show the numerous leaf eating beetles in that location, and photo 8779 was taken along a swale about 50 metres upriver from where the photo 3490 was taken.

Lady beetle was associated with numerous leaf eating beetles on the emergent successional willow shrub vegetation on the accreting area of the downstream tip gravel bar of ER #76. The willows are about 1.5 metres tall, fronting onto open gravel bar accreting to the north and being eroded on the south by a strong flowing channel of the Fraser. On April 24 the gravel/soil where the willows were growing was about 2 metres above the water level of the Fraser River. With late May/June freshet flow, the willows would be completely underwater on these undyked islands. Water level at Hope on April 24 was 4.5 metres. Late May water level at Hope is about 9 metres. 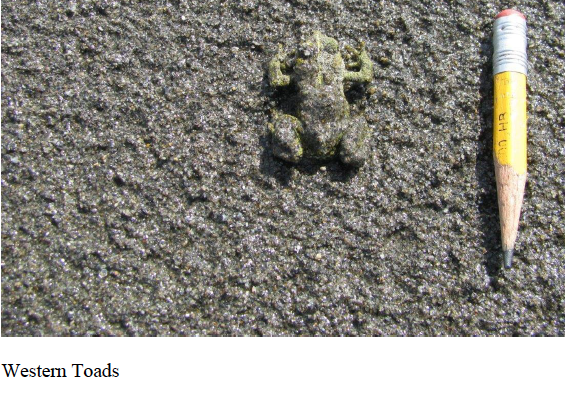 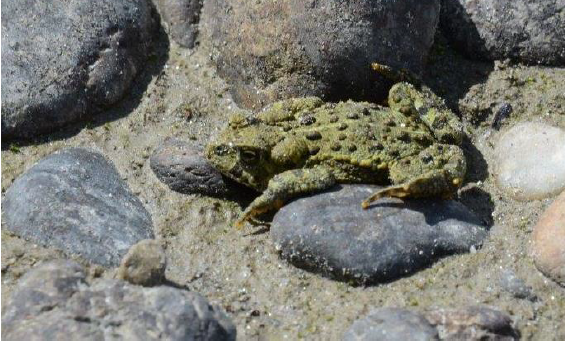 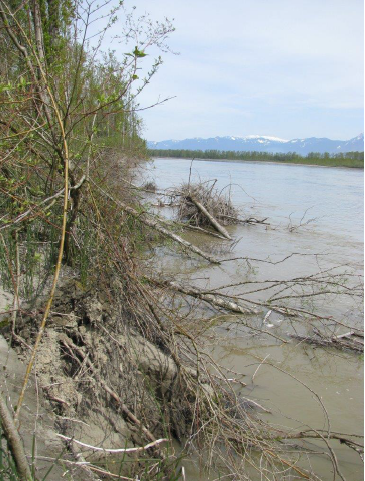 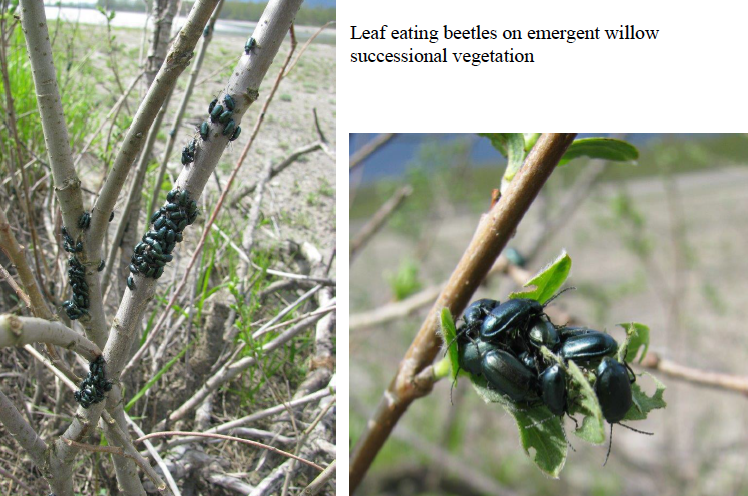 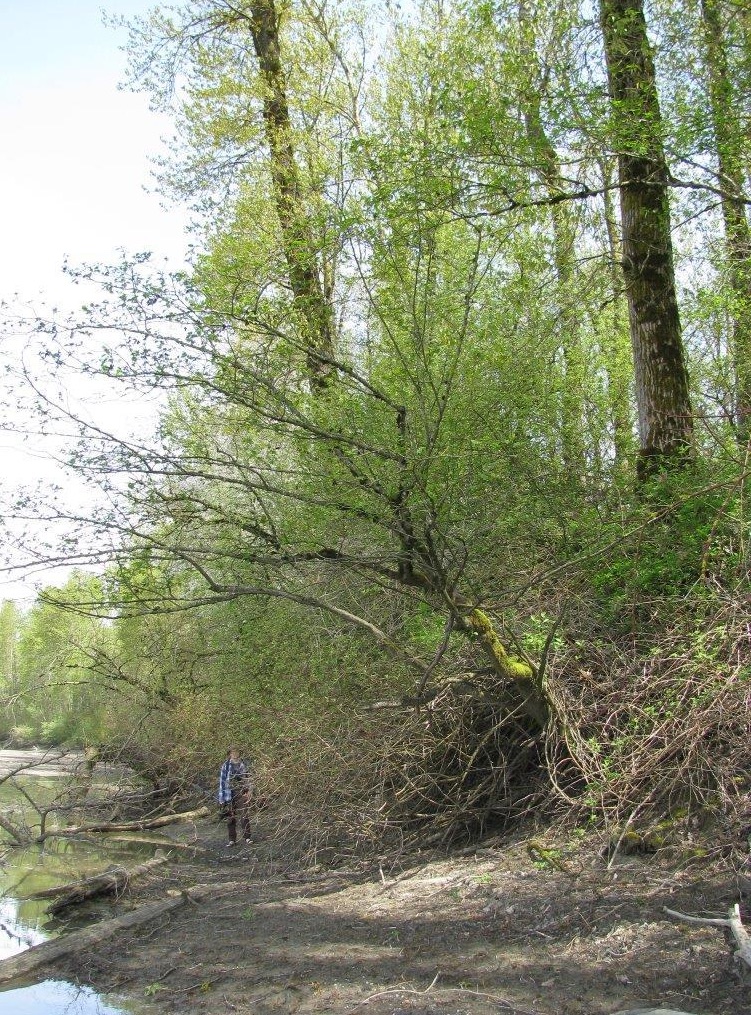