Garry Fletcher, Marilyn Lambert and I attended a one-day workshop sponsored by the Elders Council for BC Parks. Marilyn and Garry brought their experience as board members and wardens of Race Rocks and Oak Bay Islands. 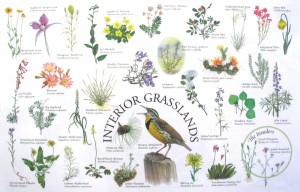 The Parks Elders Council is a group of former senior Parks staff and other BC Parks supporters who share concerns over the degradation of BC Parks system and a common desire to explore ways to sustain BC Parks. The Elders Council members in the past have made presentations to the BC government budget committees on the economic benefits of parks in hopes that government would reverse the trend that has reduced and maintained BC Parks budgets to the same level of funding as in 1971 when the Parks system was half its current size.

Participants were informed that there is a ten-fold difference between Parks Canada and BC Parks budgets when compared on a per hectare basis. Even though it has been easy to make a case that BC Provincial Parks are underfunded and that they are a real asset providing good return through use and tourism – these appeals have generated no improvements to BC Parks budgets. This workshop was to look at other means of improvements and increase collaboration, participation and the sense of local ownership of BC park land. It is hoped that this pilot will increase the appreciation of our shared common assets and garner change in management through collaboration.

Approximately 50 people attended with participation by senior BC Parks staff including the Assistant Deputy Minister of BC Parks, Executive Director of BC Parks Business strategy, Vancouver Island Regional Director, Area Supervisors as well as members of non-government organizations such as the Friends of John Dean Provincial Park, FER, BC Habitat Acquisition Trust (HATs), Campaign of Parks, Royal Roads staff and students (youth).

The workshop organizers have negotiated an agreement with BC Parks to do a pilot project on southern Vancouver Island that includes 43 Protected Areas. Thirteen of these are Ecological Reserves which have a total area of 1,104 ha of upland and 816 ha of foreshore. Garry Fletcher on behalf of FER wardens, outlined what it was like to be a warden and the history Race Rocks ER, its association with Pearson College and what has been learned there.

There was no time to present problems common to many of the other ecological reserves such as marine disturbance, lack of awareness of recreational boats in ERs, signage, invasive species removal, the paucity of baseline date in some ERs and for the marine ERs, the need for a meaningful strategy in the event of an oil spill . 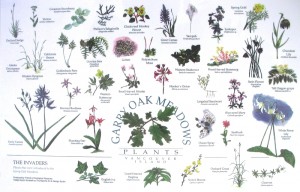 The workshop attendees received a First Nations’ welcome and closing ceremony. This included First Nations’ mixed thoughts that parks are an artificial cultural concept to set aside a portion of a landscape implying that the rest of the land does not matter and then acknowledgement that these areas are important to First Nations as they are the most intact remnants of natural ecosystems and places for First Nations to return to for generations to come.

We were able to point out what we thought have been some of the successes for BC Parks. Examples were: the Mount Maxwell and Race Rocks management plans where ER wardens are named authors of these government approved plans; the research permits being held by Pearson College allowing timely response to monitoring; and the success of the BC Parks Enhancement Fund where Volunteers can put forward projects and receive some funding.

FER has been successful funding projects under this program such as the ER provincial map and the research legacy project. BC Parks has been able to address issues of park volunteers, government liability and insurance. This will make volunteering easier to pursue.

But there are also challenges in ERs. Many management plans are a decade old and management issues, even though identified, have not had management action over these ten years. FER will continue to participate in pilot projects and hope to undertake some projects in the next two years that will make incremental improvements for the management of ERs in the pilot area.

FER brought the new ER maps and banner stand to the meeting and Garry Fletcher shared posters specific to his work on Race Rocks which were made for a conference on the Salish Sea that he attended in Seattle. The poster presented by Jenny Feick in Kimberly in September (see her article on page 11) was also made available for those interested.

http://www.elderscouncilforparks.org/ describes this project as follows:

“The Elders Council for Parks in BC have launched community intervention to help improve the BC Parks system. The hope is that The Parks Collaborative – Victoria program can bring the community together for financial and technical support to supplement the provincial government’s contributions. They have chosen 10 projects to complete over 2 years in 42 provincial parks around southern Vancouver Island to help create a legacy for future generations.”